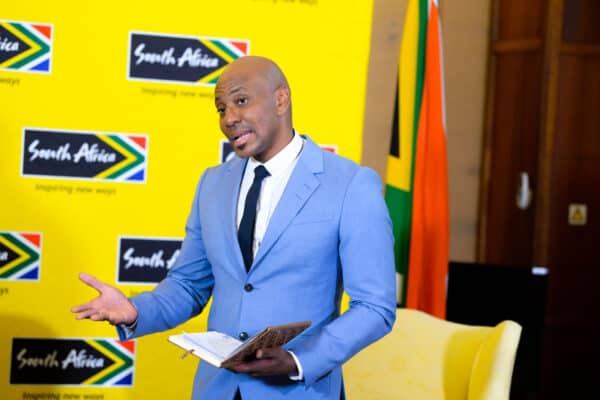 Mngqithi stopped short of accusing Amakhosi of treason when he said their opening of their Amakhosi Village in Naturena to Al Ahly last week was a show of disloyalty.

This was after Chiefs allowed Pitso Mosimane’s Egyptian side to train at their facilities, which are said to be world class, and also allowed them to use their dressing room during the game at FNB Stadium.

Speaking to the club supporters on Twitter, Motaung Jr said if it had been an Amakhosi coach who said that, he would have been made to account.

“I want to address this briefly and (state) that some of the comments made by our esteemed colleague at Sundowns coach Mngqithi are very disappointing.

“This is because, you know as a club it is very important for us also to show camaraderie for the bigger picture of the football industry as we hosted Al Ahly – the African champions,” Motaung said.

“We heard the comments coach Mngqithi made and why I feel that that is quite disappointing, is because it is quite unsportsmanlike.

“It is because instead of a head coach focusing on the great achievement that the club had just scored by beating the reigning African champions twice, he chose to use that platform to attack us and to say some very unsportsmanlike comments in the media.”

“So, one for us if we are sitting back and someone within our organisation or a coach had commented in that way we would be very, very upset. We would definitely call that coach in to explain his words because it was very misplaced and quite disappointing that he said that.”