Confederation Cup success will bring back the happy days at Pirates, says Modise

'This is one trophy that will set things in motion for them,' said the former Pirates midfielder. 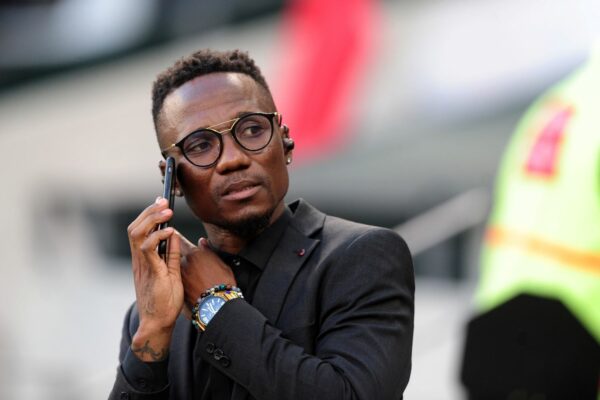 Winning the Caf Confederation Cup will restore pride and bring back hope at Orlando Pirates, says former Pirates midfielder Teko Modise ahead of the Buccaneers semifinal, second leg meeting with Al Ahli Tripoli at the Orlando Stadium on Sunday.

Modise says the return leg against Al Ahli is crucial for the Soweto giants, but he believes if the players play to their bes, like they did in the first leg there is nothing stopping them from beating Tripoli, especially since they won 2-0 in Libya a week ago.

“They are playing a very important game, they have a 2-0 advantage and … 2-0 is just a slippery scoreline because one goal can change the whole complexion of the game,” said Modise.

“But, if they play the way they have been playing and take the game seriously, they stand a chance to go all the way and win it because they have the players.

Modise was speaking at the Heineken All-Invitational exhibition 5-a side match press-conference in Johannesburg on Friday.

Modise has been included alongside other South African former footballers and current players like Lucas Radebe, Benni McCarthy and Andile Dlamini, as well as international legends like Clarence Seedorf, Luis Garcia and US women’s football legend Kristine Lilly, to celebrate inclusivity and diversity in the beautiful game, both on and off the pitch.

READ ALSO: A final before the final as Pirates eye Confed Cup glory

Modise adds that the initiative will bring about constructive conversations regarding women’s football andwill help in developing and growing the game.

“It is going to elevate women’s football in the country and the whole of Africa. It will create conversations around it in terms of the equality they have been fighting for. There are women’s football games that are being televised in the Hollywoodbets Super League, it’s a slow change, but it had to happen at some point,” he added.

The All-invitational match will take place at Gallagher Convention Centre in Johannesburg on Saturday.