Could Percy Tau be left in limbo after Mosimane exit?

The Bafana star's future at Al Ahly has to also be in doubt. 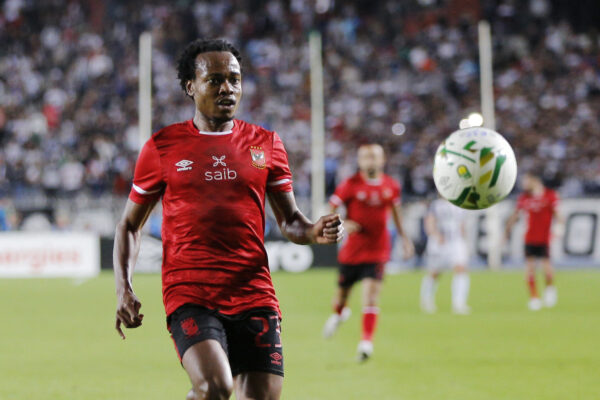 Percy Tau was substituted during the Cairo derby against Zamalek on Sunday. (Picture: Ladjal Jafaar/BackpagePix)

The knock on effect of Pitso Mosimane leaving Al Ahly could be felt the most heavily in the camp of Percy Tau, a player that ‘Jingles’ brought to the Egyptian giants only this past season.

ALSO READ: Where next for Pitso Mosimane?

Tau chose to leave the English Premier League and Brighton and Hove Albion to join up with Mosimane, but after a season of struggle, with only a few bright spots, it remains to be seen if there is a future for Tau at the Red Devils going forward.

It was Mosimane who brought Tau into the Mamelodi Sundowns squad after a loan spell at Witbank Black Aces, and who helped turn him into an attacking superstar at Masandawana.

The pair won the Champions League together in 2016, and Tau’s star was seriously on the rise in 2018 as he sealed a move to Brighton, even if he was to star almost exclusively on loan in Belgium, with an English work permit nigh-on impossible to obtain until Britain left the European Union.

Tau finally got his work permit and a chance at Brighton in January 2021, but after limited appearances, he opted to join Ahly.

It looked like it could be a perfect reunion, but in a season where he was affected by injuries, Tau battled for form, and only really came to the fore at Ahly in the Caf Champions League semifinals, where he scored twice and provided two assists in a 4-0 win over Algeria’s ES Setif.

Still, Tau was not at his best again as Ahly lost the final to Wydad Casablanca, and it remains to be seen if he is retained, now that Mosimane has exited stage left.

At 28, Tau should be in the prime of his career, but injuries have not helped of late, with Bafana head coach Hugo Broos even suggesting he needed some time off to fully recover.

In the recent Africa Cup of Nations qualifier against Morocco, ‘The Lion of Judah’ battled gamely but again looked off the pace, and a far cry from the player who had previously tormented defences for Sundowns, Bafana, Union St Gilloise, Club Brugge and Anderlecht.

It could be that there is still interest in Tau in Belgium, where he shone on loan, while no doubt clubs back in South Africa would jump at the chance to sign him.

This, however, would surely be a step backwards for a man who only a couple of years ago was on the books of an English Premier League side.

It could be, of course, that a new Ahly coach comes in and wants to keep Tau, and that he returns to his best in Cairo. Mosimane’s departure, however, makes this look increasingly unlikely.