Pirates raise eyebrows again with another coaching bolt from the blue

It is not as if any of these coaches have been spectacularly successful at Pirates. 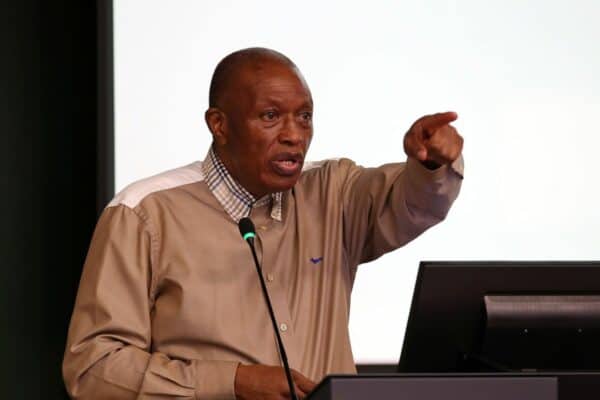 Irvin Khoza has made some surprising choices to coach Orlando Pirates in his time. Picture: Muzi Ntombela/Backpagepix.

There is a trend among some South African football fans to refer to coaches from overseas that come to these shores as unknowns as “plumbers.”

ALSO READ: All you need to know about Pirates’ new head coach

Now this is clearly insulting, to the noble trade of plumbing, but also to coaches who don’t deserve to be disregarded like this before they have spent a day in the job.

And yet, look beneath the base insults and there is an odd pattern of clubs in South Africa that hire foreign coaches whose CVs do not necessarily suggest they are an answer to their problems.

Orlando Pirates are not the only club to do this, but they are the ones headlining the event once more, following their announcement on Saturday of Spaniard Jose Riveiro as their new head coach.

The main exclamation when the announcement of Riveiro came was “who?”, which some seem to see as Buccaneers chairman Irvin Khoza ‘scooping’ the media, but which surely points more simply to the fact that Pirates have hired yet another unfamiliar face.

Riveiro joins the likes of Josef Zinnbauer, Kjell Jonevret, Kosta Papic and Jean-Yves Kerjean as coaches hired by Pirates that many would never have heard of until they were announced.

All deserve to be looked at individually, but it can also be asked as a group what attracted Pirates to them. Did they come on relatively low wages compared to bigger names? Are there well-compensated agents involved in helping Pirates find these coaches?

All this is pure speculation, but it is a strange pattern. It is also not as if any of these coaches have been spectacularly successful at Pirates.

Riveiro may buck the trend, and as said, he in no way deserves to be thrown under a bus before he has even started. He clearly had some success in Finland, as an assistant coach at Honka and HJK Helsinki, and as a head coach at Inter Turku.

“Rive” might just be the man to bring the glory days back at Pirates, who have won just one trophy, the 2020 MTN8, in the last eight seasons.

On the other hand South African coaches like Benni McCarthy, who has done well in spells at Cape Town City, or even Mandla Ncikazi and Fadlu Davids, the caretaker coaches last season, might well wonder what Riveiro has over them, to persuade the Pirates chairman to hire him.