'I would like to see them lifting that trophy this season, from my heart of hearts,' said the new Galaxy player. 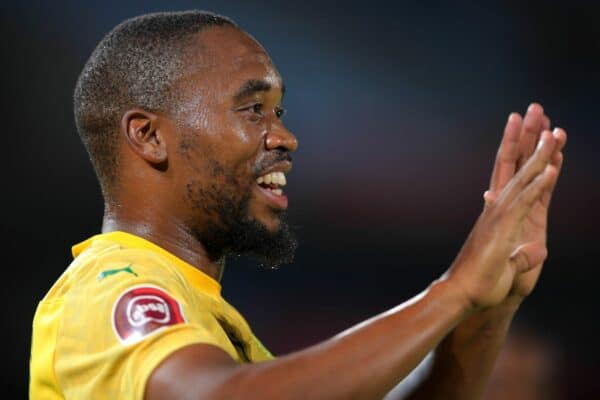 Sibusiso Vilakazi’s time at Mamelodi Sundowns has come to an end, after the player this week set the seal on a move to TS Galaxy.

The 32 year-old attacker leaves after a couple of seasons without much gametime, with only just over 20 appearances in all competitions over the 2020/21 and 2021/22 campaigns.

Vliakazi’s career at Masandawana, however, was filled with success and trophies over six seasons, with five DStv Premiership titles, one Caf Super Cup, one MTN8, a Telkom Knockout and a Nedbank Cup in the cabinet.

Not that it started so well for the skilful attacking star. Vilakazi signed for Sundowns from Bidvest Wits, and in his first final with Sundowns, they were hammered 3-0 by Gavin Hunt’s Wits in the MTN8.

Hunt’s Wits also went on to win the Premiership in the same campaign. – “I only experienced one sad moment and it was when we lost the title to Wits in my first season. I had just moved and I thought it was bad luck but we got it back the next season and it was a never ending story of titles,” said Vilakazi.

“I can reflect on 2017 when we won the Caf Super Cup. It was in my first season and I felt like I came for the right reason, which was winning trophies. After that, there has been a shower of trophies every season,”

Sometimes players become bitter when they leave a gravy train and trophy magnet team like Downs, but ‘Vila’ bestowed a blessing upon his former teammates.

“There’s one trophy that has been shifting away from the team, the Caf Champions League,” said ‘Vila’ – Masandawana only claimed the “holy grail” once, in 2016 under Pitso Mosimane.

Vilakazi was at Sundowns at the time but was not eligible to play in the Champions League for the Tshwane giants, because he was cup-tied after already playing in that season’s competition for Wits.

“I feel it should be won again because of the quality of players that the team has. This season has to be a do or die for the team because I would like to see them lifting that trophy this season, from my heart of hearts,” he added.

“I see the work that is done by the coaches to identify ways to improve the team to meet that target. It is a big trophy and even though domestic trophies are big, everyone knows that the Champions League is the biggest fish.

“It would be a shame if they don’t win it but I don’t want it to be like that. I want it to be a good story, the trophy has to come to Sundowns.”