Mngonyama was released by Pirates at the end of the 2021/22 season. 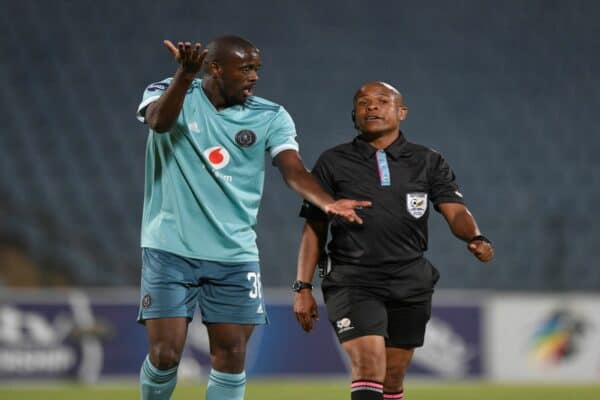 Kwanda Mngonyana could make a return to Maritzburg United after he was released by Orlando Pirates, with the defender said to have already made contact with the club, a source has revealed.

ALSO READ: AmaZulu is not new to me, says Zambian international Bwalya

Mngonyama signed a two-year deal with Pirates at the begininng of last season, but only spent a season with the Buccaneers. The lanky defender, who can also play as a defensive midfielder only made nine appearances in his stint with Pirates, which saw him being released by the club.

According to an insider, injuries were a major problem for the 28-year-old poor stay at Pirates. And with Bucs having signed a number of players in his position, his departure at the club was imminent.

Mngonyama is now looking to go back to his old club Maritzburg, who have hired a new coach in John Maduka.

“There is a good chance that he might go back to the club (Maritzburg), the good thing is that his relationship with the management of the team is good and he has always conducted himself as a professional. I hear that he has already spoken to someone to try and get back to playing for Maritzburg after he was released by Pirates,” said the source.

“But, the whole thing will surely depend on the coach if he wants him or not. Otherwise, he might get signed and end up not playing at all. So, at the moment it is all about waiting and seeing if they will call him.

Another source, who is close to the player, says Mngonyama’s release came as a shock to him and the player was looking forward to a successful career at Pirates.

“I remember when he started negotiations with Pirates, he was overjoyed and happy that he will be playing for them (Pirates). It was a huge deal, now it is all disappointment because he didn’t expect to be released so soon.”