'They are not sure whether to keep him or get rid of him now. But they might just change the terms of his contract,' said a source. 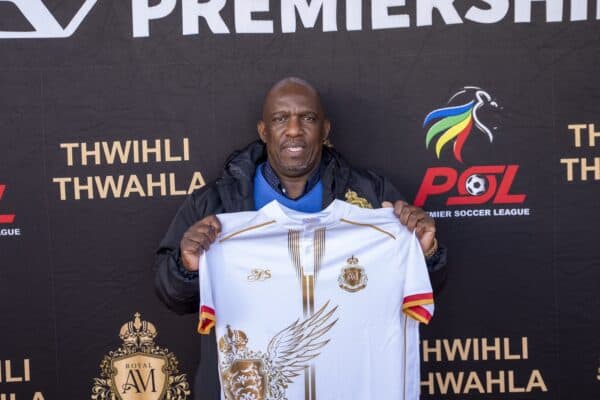 Khabo Zondo when he was welcomed at Royal AM recently Photo: Royal AM

With Sinky Mnisi suspended at Royal AM, new coach Khabo Zondo’s future has been thrown into doubt. This was revealed to Phakaaathi by sources who claimed that things are not so rosy at the Durban side.

Mnisi was suspended by the club’s president Shauwn “MaMkhize” Mkhize last week following a string of decisions that he made without her consent or verification.

Chief among those was the decision to allow John Maduka to leave the club he had guided to a Caf Champions League spot last term.

He is also alleged to have signed and released a number of players without consulting MaMkhize. The likes of Given Mshikinya, Victor Letsoalo and Ndumiso Mabena were recently allowed out of the club.

“The coach  was also hired without MaMkhize and her son (Andile Mpisane) knowing about it. They just came to find that John had left and Khabo was there.

“They are not sure whether to keep him or get rid of him now. But I heard they might just change the terms of his contract instead so that they can give him a chance and see how he does.

“He (Zondo) will have to hit the ground running and impress them if he is to keep his job. You must remember that the same was said of John last season.

“They had so many experienced coaches offered to them, but they gave John a chance and he impressed them,” said a source.

Another source however said Zondo’s future hinges on what happens with Mnisi.

“If Sinky is found to have erred in his actions and did not do things according to club procedures, then all his decisions will be null and void.

“That could mean that whatever contract he signed on behalf of the club is not valid. But we will wait and see because they are doing things quietly and don’t want a media fracas especially as they have a busy season ahead,” said the source.