OPINION: Banter aside, let’s give Chiefs their flowers

The Champions League is not an easy competition, and the fact that Chiefs reached the final in what was arguably their worst domestic season ever, is something you cannot ignore. 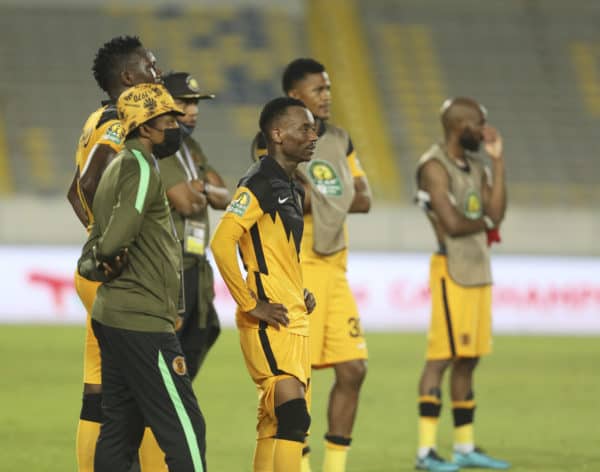 Kaizer Chiefs players react in disappointment after defeat to Al Ahly in the 2021 CAF Champions League Final at the Mohamed V Stadium in Casablanca, Morocco on Saturday. (BackpagePix)

I will be the first to admit that I was caught in stitches this past Saturday when Kaizer Chiefs were taking a beating from Al Ahly in the Caf Champions League final in Morocco.

I was not laughing at Amakhosi’s demise, certainty not. It was the amount of banter that came from Orlando Pirates and Mamelodi Sundowns fans on social media that eased the situation of seeing your nation’s team being thumped.

The Brazilians and Buccaneers are the only two teams who have won the Champions League and they pride themselves with having a star above the crests of their teams, something they did not want to see sitting at the top of Chiefs’ badge.

The banter was funny and provided the much needed laughter and relief given the state of affairs in the country over recent weeks. But let’s put that aside for a minute and give the Glamour Boys their flowers and much deserved credit. The Champions League is not an easy competition, and the fact that Chiefs reached the final in what was arguably their worst domestic season ever, is something you cannot ignore.

Never mind their remarkable performance in the group stages, let’s just look at how they fared in the knockout stages. Chiefs sent shock waves through the continent when they beat Simba 4-0 in the first-leg of the quarterfinal, the very same Simba that gave champions Al-Ahly a tough time in the group stages. But as we know, there is no ‘therefore’ in football, otherwise the trophy would be clearing the dust in Naturena.

They then went to leave their skin, blood, sweat and tears on the ground in Dar es Salaam making sure that even though they lose the second-leg to Simba, but made sure they don’t bomb out – Chiefs lost 3-0 and advanced to the semifinals. Amakhosi faced one-time champions and three-time finalists Wydad Casablanca, who, by the way, clobbered the Glamour Boys 4-0 in the second game of the group stages. But the knockout stages saw a redefined Chiefs approach as they won the two-legged semifinal 1-0.

Asking them to beat veterans and record holders Al-Ahly was always going to be too much of an ask, given that it was Chiefs maiden final in this competition and a large part of their squad was relatively inexperienced.

However you look at it, Kaizer Chiefs are the second best team on the continent and no amount of hatred and banter can take that away – but then again, who remembers who finished second, anyway?