OPINION: Without Ngcobo, Baxter needs a better case for his Chiefs defence

Baxter has every right not to pick Ngcobo, but his current defence needs to do far better. 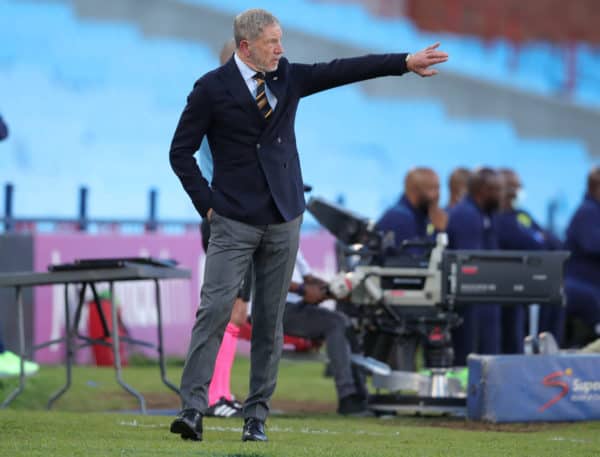 Kaizer Chiefs head coach Stuart Baxter had to spend much of a press conference this week fending off questions about a player who hasn’t played a second of club football this season.

The merits of grilling the new Chiefs coach about why he isn’t picking Njabulo Ngcobo can be debated to Naturena and back, but that the focus has turned to a non-starter does speak of a lack of delivery thus far from those on the field of play.

Chiefs have impressed, at times, in their four games of Baxter’s second spell as head coach, but the only victory they have to show for it is a 2-1 DStv Premiership win at home to Baroka FC.

The mitigating circumstances, aside from a rather tame goalless draw with TS Galaxy, are that they have played Mamelodi Sundowns twice, games that in the past few years only the most deluded of Amakhosi fans would have picked their team as favourites to win.

And yet Baxter and his side go into Saturday’s meeting with Premiership newbies Royal AM, the ‘new money’ of the local game, under a certain amount of pressure, even at this early stage of the campaign.

Chiefs have had the benefit of a transfer window to improve their squad, unlike last season, and Bafana internationals Keagan Dolly and Sifiso Hlanti have come on board, while Phathushedzo Nange and Cole Alexander are also established names in the local game.

So is Ngcobo, last year’s DStv Premiership Defender of the Season, and clearly well liked by current Bafana coach Hugo Broos. If Baxter isn’t going to pick Ngcobo, that is his prerogative, but it is fair to argue that Chiefs need to do better than the kind of sloppy defending that allowed Sundowns two soft goals in the Premiership defeat they suffered on Sunday.

However much talent a side has, and Sundowns have a bucketload, failing to mark their players inside the penalty area is likely to lead to disaster.

Royal AM bought the status of Bloemfontein Celtic, and their players along with it and so can boast plenty of top flight experience, with an attack well capable of troubling Chiefs. There is Victor Letsoalo, who shone for Celtic and earlier this year had a great Cosafa Cup with Bafana, and Ndumiso Mabena, an underrated 34 year-old PSL veteran who has hit the back of the net at least once in 12 of the last 13 Premiership seasons.

The KZN side are coming off the back of a good win at home to Chippa United, their first in the elite league, and if Chiefs can’t find a way to win, unfortunately for Baxter, he is only likely to face more questions about players he is not picking.