Injuries put pressure on Liverpool’s second string to step up

Liverpool manager Jurgen Klopp is entitled to feel frustrated as his fears over the international break were realised with a lengthening injury list that will do little to help his side arrest a recent dip in form. Without a win in four games, the Reds travel to face Huddersfield on Saturday anxious to rediscover the fluent football that delivered seven successive victories during the opening weeks of the season.

That run appeared to confirm Liverpool’s status as the main challengers to reigning champions Manchester City in the Premier League title race.

There was little to separate the sides in a 0-0 draw at Anfield in Liverpool’s last outing after defeats by Chelsea in the League Cup and Napoli in the Champions League either side of another Premier League draw at Chelsea.

Klopp could at least point to a hugely demanding set of fixtures before the international break.

But there will be no excuses in a gentler run starting against a Huddersfield side without a win this season on Saturday, before meetings with Red Star Belgrade in the Champions League and Cardiff next weekend.

However, Klopp has a selection headache this weekend after Sadio Mane, Mohamed Salah, Virgil van Dijk and Naby Keita all returned early from international duty.

Mane underwent surgery on Wednesday on a broken thumb suffered in training with Senegal, while Salah returned to Merseyside after suffering a muscle strain in Egypt’s Africa Cup of Nations defeat of eSwatini on Friday.

Keita was forced off with a suspected hamstring strain in Guinea’s 1-1 draw with Rwanda.

Van Dijk has been carrying a rib injury for a few weeks and returned home after scoring in the Netherlands’ victory over Germany, with national team manager Ronald Koeman suggesting the centre-back has two broken ribs.

All four are rated doubtful for the Huddersfield clash, while James Milner is also sidelined with a hamstring problem.

– ‘Senseless competition’ –
England manager Gareth Southgate questioned this week why the Premier League kicked off less than a month after the World Cup final and Klopp also warned of the physical toll placed on his players, particularly with European sides in competitive action in the inaugural Nations League.

“People asked why this game (against City) was less intense,” said Klopp. “Guys like Jordan (Henderson) only had two weeks after the World Cup.

“Now the players go off and play the Nations League which is the most senseless competition in the world.

“We have to start thinking about the players. You have to call the manager of any country and say can you leave players out and he says: ‘I am under pressure as well’.”

Liverpool share a three-way lead at the top of the Premier League with City and Chelsea on 20 points from eight games.

The form of all three suggests there will be little margin for error for any side with aspirations of becoming champions, making the next few weeks an early test for Liverpool’s improved squad depth this season.

Daniel Sturridge, Xherdan Shaqiri, Fabinho and Adam Lallana are all in contention for game time having seen their chances limited so far this term.

This week’s injuries will have done nothing to diminish Klopp’s concerns about the demands placed on top players.

But the German must now hope the significant money spent on bolstering his options in the transfer window pays off and injects a fresh spark into Liverpool’s campaign. 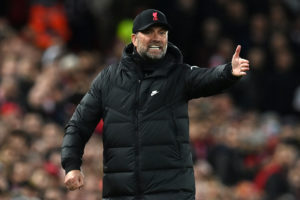 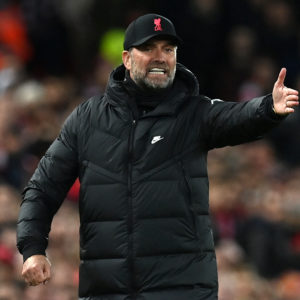