No Hazard, no problem as Chelsea hit Burnley for four

Chelsea proved their Premier League title credentials even without the injured Eden Hazard as goals from Alvaro Morata, Ross Barkley, Willian and Ruben Loftus-Cheek sealed a comfortable 4-0 victory at struggling Burnley to climb into second, two points behind leaders Liverpool. 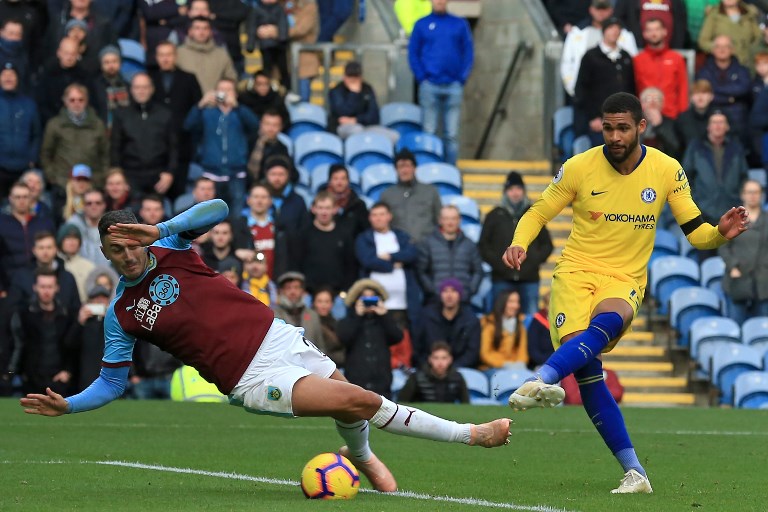 Hazard, who was ruled out by a back problem sustained in a 2-2 draw with Manchester United last weekend, has been Chelsea’s main source of goals in an unbeaten start to the season under Maurizio Sarri.

However, the visitors were stronger than their relegation-threatened hosts in every department and perhaps the only disappointment for Sarri was that they failed to underline their dominance with further goals.

After a sombre start with a minute’s silence to mark a helicopter crash that is feared to have taken the life of Leicester City owner Vichai Srivaddhanaprabha on Saturday, Chelsea soon got to grips with the business at hand.

There should have been more to show for their first-half efforts than just Morata’s 22nd-minute opener, expertly guided past an exposed Joe Hart after the Spaniard was put through by a lovely slide-rule pass from midfielder Barkley in a move instigated by the ever-impressive N’Golo Kante.

After conceding five goals against his former club Manchester City last time out, Hart excelled with a fine early save from Morata’s deft glancing header, while also denying the Chelsea forward from close range.

When Sarri’s side eventually found a way past the former England goalkeeper, the woodwork came to their rescue as a low curled effort from Willian struck the upright.

Burnley, who are struggling to mount a campaign capable of mirroring last season’s impressive seventh-place finish, threatened only sporadically, and a second successive defeat left Sean Dyche’s side an uncomfortably slender three points above the relegation zone.

The hosts were largely forced onto the back foot in their attempts to keep at bay a Chelsea side for who again there was no starting place in the Premier League for Loftus-Cheek.

Scorer of midweek Europa League hat-trick, Loftus-Cheek was introduced after just half an hour due to an injury to Pedro Rodriguez.

Morata wasted a good chance to double Chelsea’s advantage after the restart when heading over at the near post from Willian’s cross, but the visitors didn’t have long to wait before Barkley put the game to bed by surging forward from Kante’s pass to find the bottom corner past Hart from 20 yards.

That soon became three when Willian was rewarded for his efforts by cutting in from the left to find the bottom corner.

France international Olivier Giroud remains without a goal this season as he blazed a good late chance narrowly wide.

But Loftus-Cheek showed him the route to goal with a composed finish deep into injury time. 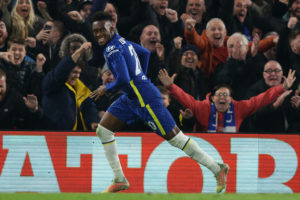 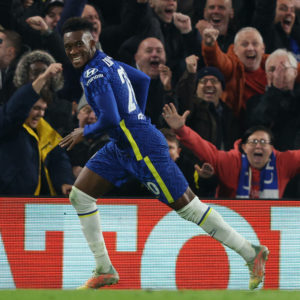