Man Utd rally but only save a draw at Southampton

Manchester United continue to disappoint as despite battling back from 2-0 down to claim a 2-2 draw at Southampton on Saturday, Jose Mourinho's men fell 16 points behind Premier League leaders Manchester City. 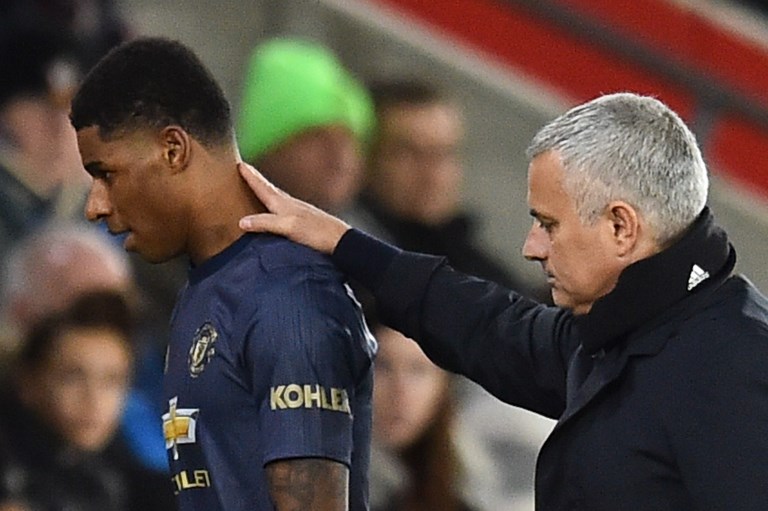 Against a Southampton side without a home win in the Premier League this season, a woeful opening saw United 2-0 down after less than 20 minutes to goals from Stuart Armstrong and Cedric Soares.

As so often this season, going behind brought the best out of the visitors and they levelled before half-time as Marcus Rashford created goals for Romelu Lukaku and Ander Herrera.

That should have been United’s cue to press home their momentum after the break.

Instead, they failed to take control and David De Gea was the busier of the two goalkeepers, producing a fine save late on to tip a shot from Nathan Redmond to safety.

A third consecutive Premier League game without a win leaves United trailing in City’s wake. Still seventh in the table, the Red Devils could end the weekend nine points off the top four.

Saints had not won in nine league games and had scored only four goals at St Mary’s, but they made a flying start as Mourinho’s decision to play midfielder Scott McTominay at the heart of his defence quickly backfired.

Michael Obafemi fed Armstrong inside the area and from a tight angle the Scottish international smashed the ball confidently past De Gea for his third goal in two league games.

The opener was the sixth time this season that United have conceded a goal in the first 15 minutes of a match.

Seven minutes later, it was 2-0. Rashford was ruled to have fouled Mario Lemina two yards outside the penalty area, and Cedric curled the ball brilliantly over the wall and into the net between De Gea and his near post.

Rashford’s profligacy in front of goal against Young Boys in the Champions League in midweek provoked Mourinho to display his frustration on the sidelines.

But the England international showed what he is capable of as a provider for both United’s goals.

Just after the half hour mark he did well to collect a forward pass and turn past Maya Yoshida before crossing for the unmarked Lukaku, who drove his first goal in seven games over Alex McCarthy and high into the net.

Six minutes later, it was 2-2 when Rashford got to the byline and cut the ball into the six-yard box, where Herrera nipped in front of his marker to score with a cute back-heel that McCarthy got a hand to but could not keep out.

Yet it was the hosts who will feel aggrieved not to have taken a much-needed three points as they remain in the bottom three.

Saints had claims for a penalty waved away when McTominay got a foot to a low cross from the right but seemed to bring down Obafemi before Pierre Emile Hojbjerg and Redmond both brought excellent saves from De Gea with shots from long range.