Barca aiming to keep their place amid historic opportunities and emotional reunions this LaLiga weekend. 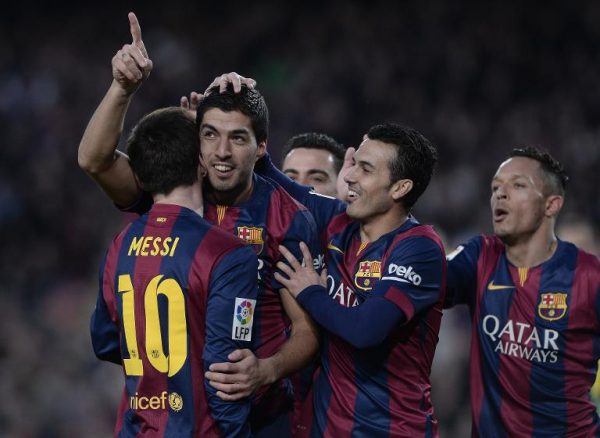 LaLiga leaders Barcelona will aim to stay ahead of a chasing pack including Sevilla, Atletico Madrid, and Real Madrid this weekend, as the fixture list also brings exciting historic opportunities and emotional reunions of old friends.

However, Levante themselves will recall they beat Barca 5-4 in their most recent LaLiga meeting last season, while nine goals in their last three games have lifted Paco Lopez’s side to sixth in the table.

The weekend begins Friday evening with recently arrived Celta Vigo coach Miguel Cardoso looking for a third successive win for his team, but the visitors at Balaidos Friday night are a Leganes side who have climbed the table in recent weeks due to a five-game unbeaten run.

Getafe’s Coliseum Alfonso Perez is the scene for Saturday’s early game, with Real Sociedad visiting suburban Madrid looking for a first LaLiga win home or away against “los azulones” [the blues] in almost four years.

Valladolid then welcome Atletico Madrid to the Estadio Jose Zorrilla with the “Blanquivioletas” [the white and purples] having lost just one of their last five LaLiga games at home, and “Los Rojiblancos” [the red and whites] needing to improve a record of four successive draws on the road to keep up in the title race.

LaLiga then return to the Spanish capital for a ‘derby’ meeting, with Rayo Vallecano making the short trip to Real Madrid’s Estadio Santiago Bernabeu. Rayo’s only previous victory at the stadium was back in 1996, when current coach Michel Sanchez Munoz played in midfield. In-form Madrid will, however, not make a repeat easy in their final LaLiga game of 2018 due to the Club World Cup later this month.

Saturday’s late match sees Eibar looking for a third consecutive LaLiga win at home to Valencia, but Los Che will travel confidently, having won on their last trip to the Basque Country at nearby Real Sociedad.

Sunday’s lunchtime game will be an emotional one for Sevilla coach Pablo Machin, who welcomes his former club Girona to the Estadio Sanchez Pizjuan. Machin is already hugely popular in the Andalusian capital with his current team riding second in the table, while his hero status in Girona was confirmed by achieving the Catalan club’s first ever promotion to LaLiga in 2017.

Espanyol supporters will also welcome back their former player Pau Lopez when the goalkeeper’s current side Real Betis visit the RCDE Stadium on Sunday afternoon, while home forward Sergio Garcia will see familiar faces among the visitors having represented Betis earlier in his career.

Huesca hosting Villarreal is then a huge game at the bottom of the table, with Francisco Rodriguez’s side having played better recently without an upturn in results and new Villarreal coach Luis Garcia aiming for a debut victory to get his side climbing the standings.