Mauricio Pochettino is widely reported to be Thomas Tuchel's successor as Paris Saint-Germain coach and the number one item on the Argentine's in-tray will be February's date with Barcelona. 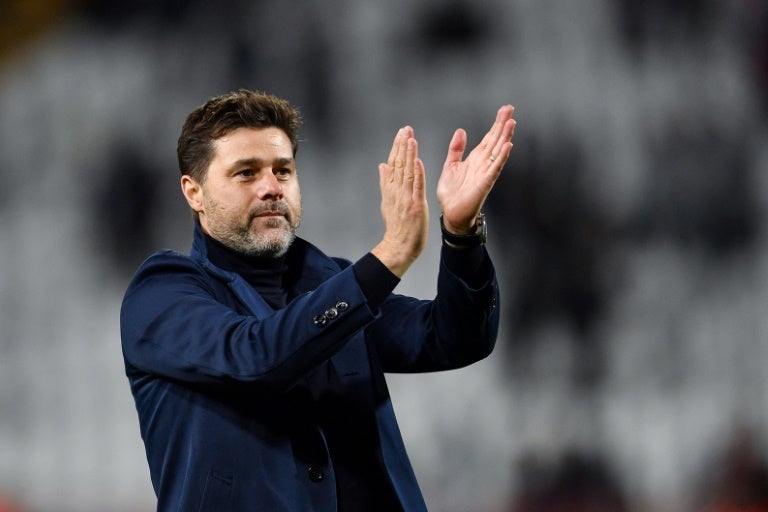 Tuchel was reportedly given his marching orders on Thursday, four months after guiding the Qatari-backed club to their first-ever Champions League final, August’s 1-0 defeat to Bayern Munich.

The German, whose dismissal has yet to be officially confirmed by the club, leaves the Parc des Princes having secured a last 16 Champions League clash with Barca and PSG sitting third in Ligue 1, a point shy of leaders Lyon.

Pochettino’s opening match in charge will be January 6’s trip to Saint-Etienne on Ligue 1’s resumption after the winter break.

Then, on February 16, the 48-year-old has his first massive test against his compatriot Lionel Messi’s Catalans, with the return leg on March 6.

Pochettino was let go after five and a half years at Spurs in the aftermath of leading the north London side to their first ever appearance in a Champions League final against Liverpool in 2019.

Although he has yet to win any silverware the former PSG defender’s stock is high in managerial circles.

The Parisians will be keen to complete his signing and avoid missing their man who has been linked to the likes of Real Madrid, Manchester United and Barca in recent months.

Pochettino is due to team up with Neymar, Kylian Mbappe and other well-heeled company at PSG’s first post-Christmas training session on January 3.

While the club refrained from making any public comment about the abrupt change in personnel, France World Cup winner Mbappe took to Instagram to note Tuchel’s departure.

“Unfortunately it’s the law of football but no-one will forget your time here,” Mbappe said.

“You wrote a great line of the club’s history and I say thank you coach,” he added.

Pochettino arrives in the French capital with his successful stint at Spurs preceded by a season at Southampton.

His maiden post as a coach was at struggling Espanyol, where in 2009 his first match in charge was against his expected February foes, Barcelona.

He earned plaudits for saving the Spanish outfit, where he played under Marcelo Bielsa in 1998, from relegation.

With his expected new employers hungry to finally fulfil their Champions league desire Pochettino will have little time to settle in before getting his new team firing on all cylinders for Barca.

Like Tuchel, as Mbappe’s tribute illustrated, Pochettino is at ease in man-managing a dressing room crammed with a galaxy of stars.

The son of a farmer from Murphy, in the north of Argentina, he is a stickler for detail, which coupled with his tactical acumen, devotion to an attractive style of play, personnel skills, and popularity amongst the PSG fans from his playing days, makes him a potentially ideal fit as the new occupant of the PSG dugout.

He will have under his wing several compatriots to count on such as Mauro Icardi, Angel Di Maria and Leandro Paredes.

His anticipated arrival before the winter transfer window will allow him to bring in new faces, with French newspaper Le Parisien identifying one as his former Spurs charge, Inter Milan’s attacking midfielder Christian Eriksen.

And looking further ahead, given their Argentine ties and knowing each other well Pochettino may be the catalyst for six-time Ballon d’Or winner Messi to start regarding PSG as potential new employers when he is free to move from the Camp Nou at the end of the season.