"We have loads of time to bounce back from it," said Maguire. 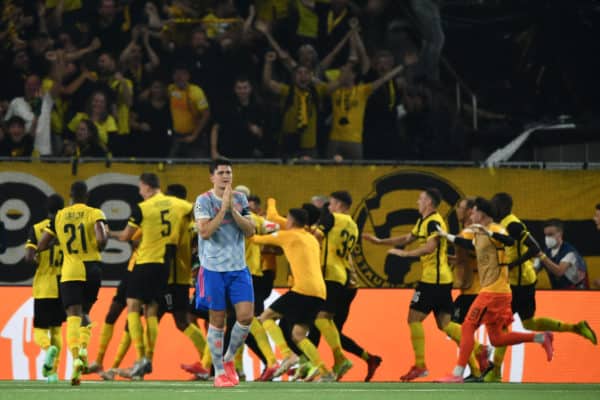 Manchester United captain Harry Maguire is confident the Old Trafford side will get over their last-gasp 2-1 defeat against Young Boys in Switzerland on Tuesday and make an impact in this season’s Champions League.

Ole Gunnar Solskjaer’s side took the lead at the Wankdorf Stadium through Cristiano Ronaldo’s third goal in two games since returning to the club, but they were handicapped by Aaron Wan-Bissaka’s sending-off late in the first half as the Swiss champions fought back to take three points.

Nicolas Moumi Ngamaleu equalised midway through the second half and substitute Jordan Siebatcheu got the winner, right at the end of five added minutes.

“Discipline is a huge part of tournament football, so if this were a knockout game and we went out of the competition because we went down to 10 men, I’m sure everyone would be kicking themselves,” Maguire said.

“We’re fortunate that it’s the first game of the group and we have loads of time to bounce back from it.”

A draw would have been a more than acceptable result in the circumstances but Young Boys won the game after Jesse Lingard’s back-pass was intercepted by Siebatcheu, to the delight of the home crowd.

“In terms of Jesse, we are humans, every footballer makes mistakes and he will learn from it, pick himself up and be ready to go on Sunday because that is part and parcel of football,” Maguire said.

Man United went out in the group stage last season despite winning their first two matches in a difficult section, away to Paris Saint-Germain and at home to RB Leipzig.

This time their next two matches are at home, with Villarreal visiting Old Trafford on September 29 before Atalanta come calling on October 20.