'It says a lot about him that he wanted to leave to get more minutes, his salary has been reduced, said Xavi. 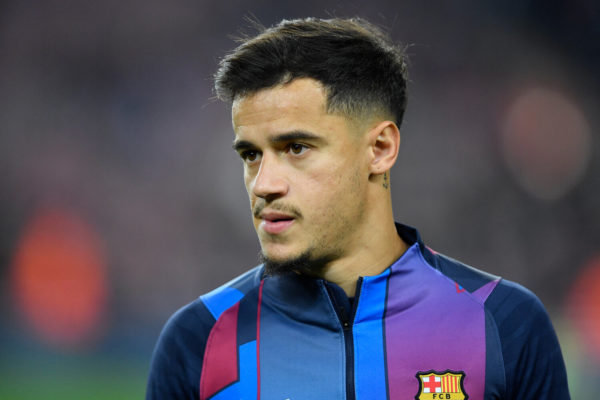 Xavi Hernandez has praised the professionalism of Philippe Coutinho and said the Brazilian took a wage-cut to complete his loan move to Aston Villa, which was confirmed by both clubs on Friday.

Villa will pay around half Coutinho’s salary for the duration of the deal, which expires in the summer, although Villa will then have an option to buy the midfielder for a reported fee of around 40 million euros ($45 million).

Coutinho’s Barcelona contract, which expires in 2023, earned him around 20 million euros a year but Xavi said on Friday the 29-year-old agreed to a reduction in terms to return to the Premier League, where he links up with former Liverpool team-mate Steven Gerrard.

“It says a lot about him that he wanted to leave to get more minutes,” Xavi said. “His salary has been reduced. He is a great professional and he wants to succeed. He was struggling here and he has looked for a solution.”

Coutinho’s exit is not thought to have reduced Barcelona’s wage bill enough to allow them to register Ferran Torres, who they signed earlier this week from Manchester City.

Torres is currently unavailable after testing positive for Covid-19 but he is also not allowed to play until Barca make his arrival comply with their spending limit of 98 million euros.

“Today he has tested positive again so regardless of whether we can register him or not, in principle he will not play tomorrow against Granada,” Xavi said.

“Mateu Alemany (Barcelona’s director of football) is working 24 hours a day so that Ferran can play when he tests negative for coronavirus. I am optimistic, I trust the most in the club management.”

Barcelona will climb into La Liga’s top four on Saturday for the first time since September if they win away at Granada. Atletico Madrid, who are one point ahead of them in fourth, play away at Villarreal on Sunday.

Xavi said Ansu Fati is close to returning after a hamstring injury but is not yet ready while Ronald Araujo is also out after the defender underwent surgery on a fractured hand. Barcelona are unbeaten in five matches.

“When we took the team, the club was not in the best moment,” said Xavi. “We are growing on and off the pitch. I like to think we are on the right track but let’s see how we do in the next few matches. The atmosphere in the dressing room makes me feel positive. I’m optimistic.”