‘I had to fight for this’ – Du Preez celebrates dream medal

He was delighted to close out a memorable campaign by reaching the top step on the podium at the Tokyo Games. 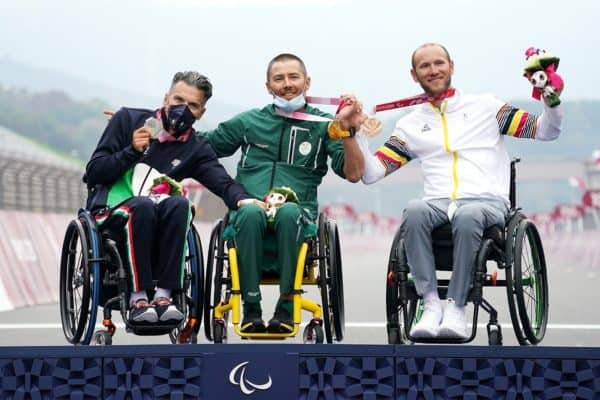 Nearly two decades after his Olympic dream was crushed when he was paralysed in an accident, veteran athlete Pieter du Preez was delighted to achieve his adjusted liftetime goal by winning gold at the Paralympic Games.

“I dreamed of a gold medal at the Olympics since I was six years old, but while training in 2003 a car knocked me off my bike and I broke my neck.

“I’ve had a lot of tough times and fights to get here.”

The 41-year-old assessment analyst fell and broke his shoulder last year, and he was unable to train for six months with a plate in his arm.

He bounced back in spectacular fashion earlier this season, however, winning gold in the road race and silver in the time trial at the Para-Cycling World Championships in Portugal in June.

And he was delighted to close out a memorable campaign by reaching the top step on the podium at the Tokyo Games.

“In the condition I was in, and with the work I had to do, winning the world title in the road race was a miracle,” said Du Preez, who was set to turn out again in the road race in Tokyo on Wednesday.

“Today, to blast my fellow competitors, was also a miracle… and this medal is for everyone out there who has supported me.”