Kevin Anderson closes in on a South African return

The US Open finalist could finally be back in South African colours in the Davis Cup soon, hints assistant coach Jeff Coetzee. 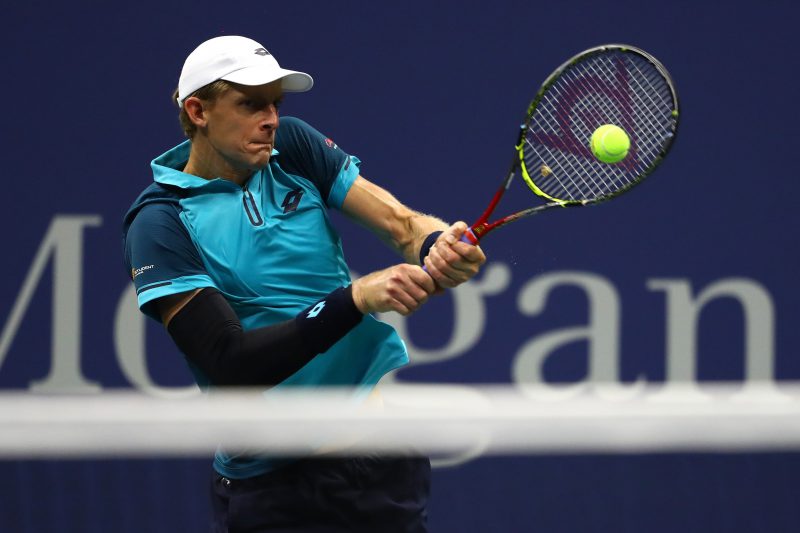 Kevin Anderson could be back in the Green-and-Gold soon. Photo: Justin Heiman/Getty Images/AFP.

Kevin Anderson, who reached the final of the US Open last week, had extended his lengthy hiatus from the national team for the Euro-Africa Group 2 promotion playoff against Denmark starting in Aarhus on Friday.

In his absence, the squad led by 20-year-old prospect Lloyd Harris and veteran doubles specialist Raven Klaasen were one win away from a place in Group 1.

“The squad is busy finding its feet and heading in the right direction and next year we’ll see Kevin Anderson also make an appearance,” Coetzee, a recently retired Davis Cup player, said.

Should the team be bolstered by the big-hitting world No 15 next season, they could be knocking on the door of a spot in the top-flight World Group.

Though they had made progress without Anderson, however, in their attempt to climb the rankings in the global team competition, Coetzee felt some star power would be required to take further steps forward.

National captain Marcos Ondruska had said they were close to roping Anderson in for this week’s contest, and he remained confident of the lanky player making a return down the line.

Coetzee revealed the injuries which had derailed Anderson’s 2016 season had made it difficult to juggle his return on the ATP Tour with Davis Cup appearances.

“While Anderson has been battling with a spate of injuries over the past 24 months, it would not have been ideal to add Davis Cup matches to his already heavy schedule at this time,” Coetzee said.

“Where we are currently playing in Group 2, the side has managed without him, but next year we could be up against the world’s leading tennis nations, depending on the outcome of the weekend’s Davis Cup result.”