The Young '14 exhibition at the Bag Factory features works with radical differing scopes. 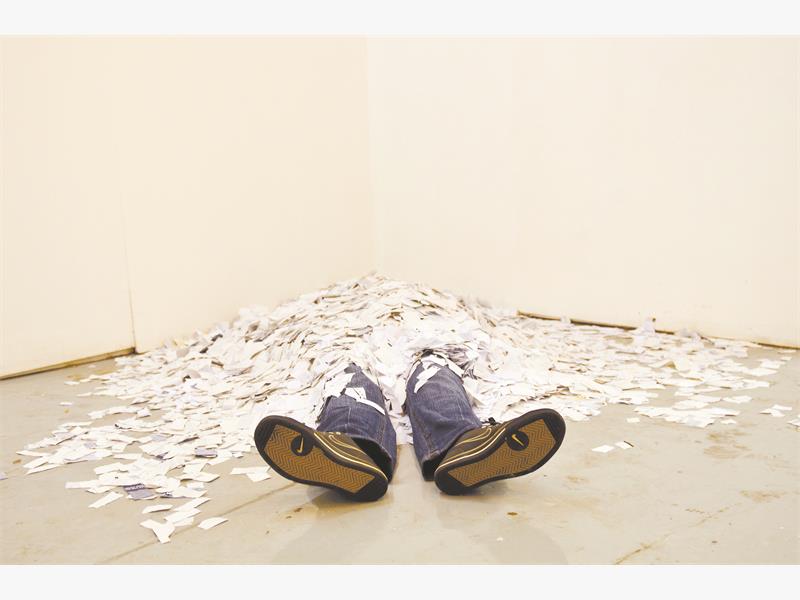 An installation at the Bag Factory. Picture: Alaister Russell.

The works do not really talk to each other but are a collection of the individual expressions of the young artists whose work is on show.

The exhibition aims to showcase a curated selection of exciting and innovative new work by upcoming artists to look out for over the next year.

On opening night, much attention was paid to an installation featuring what appeared to be the legs of a dead man buried in a mop of paper that covered his entire body all the way to his ankle. It is disconcertingly real. 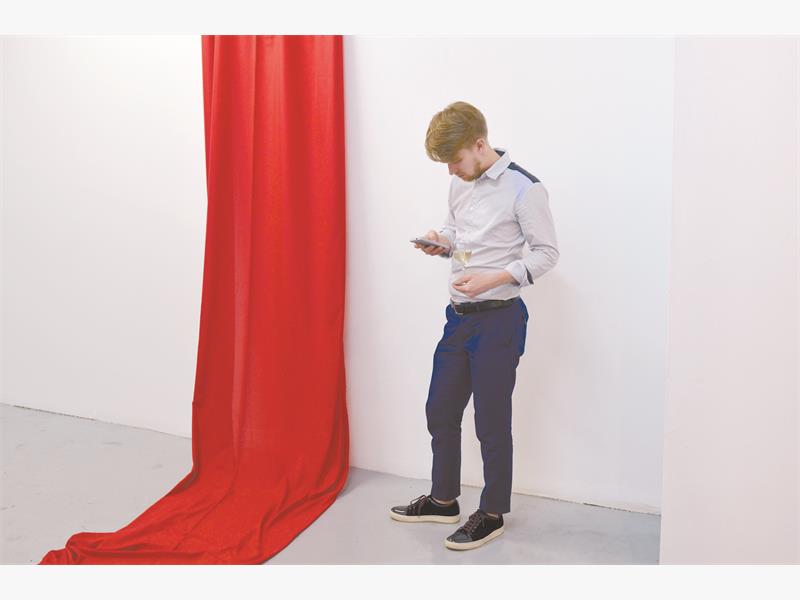 RED ALERT. Art lovers were confused by the red drape that was the
centre of the Taking The Leap installation.

It was rather an elaborate way of illustrating the term “buried in paperwork” or “working yourself to death”.

Another interesting idea was a long red drape attached to a point high on one wall but falling down to the floor to rise high up on the wall opposite it. Some people jumped over the drape, others stepped on it, and still others were confused by its presence in the gallery space. The installation was titled Taking The Leap.

iEntity proved to be the most fascinating installation of the exhibition.

Words and illustrations are written on the chairs in a living room set-up on the exhibition space. The work embraces the concept of thinking and creating wherever you are. This includes the idea of a “think chair” (that is indeed a chair) as well as less defined spaces where people retreat to think, gather their thoughts or meditate.

Boxes line the floor around the chairs, forming a body of work, with each poem giving insight on the artist.