Cape Town on a budget

Turns out that a weekend for two in the Mother City doesn’t need to cost you an arm and a leg. Colourful houses in Bo-Kaap is part of a predominately Muslim-Cape Malay area.

If you want to enjoy a summer weekend in Cape Town without camera-wielding tourists clogging popular destinations, there’s a small window of opportunity to explore the best of the Mother City before it turns into the belly of the beast.

For South Africans, Cape Town can be soft on your wallet and without the hassles of long lines and too many strangers preDecember (that is if you avoid the V&A Waterfront, which has become the HQ for puzzled tourists figuring out how their country is devoid of Cape Town’s unmatched beauty).

With only R3 000 (excluding our hotel stay and flights) Cape Town Tourism challenged a friend and I to explore the best of the city in 48 hours. As it turns out, for once the budget was inflated (we had a few hundred left after a full weekend of activities and meals).

After knocking back a glass (or two) of wine on the plane, landing at Cape Town International Airport immediately puts you in the party mood.

But to line our stomachs, the first stop was Mojo Market, new stomping ground in Sea Point that is open seven nights a week. The market offers trendy made-to-go meals like Hawian Poke, burgers and artisanal anything. A favourite stop was The Mussle Monger and Oyster Bar selling giant oysters at reasonable prices (if you can fit your fist into your mouth, you are ready for these massive bivalves).

Take your time bumbling around the market before you head down Regent Road to Crumbs and Cream to build your own ice cream sandwich. If you’re on a healthy eating spree the shop offers banting cookies as well as sugar-free ice cream.

Start your morning with a brisk walk around the neighbourhood you’re staying in. We stayed in Tamboerskloof (at the Cape Milner Hotel) and the hilly suburb offers great exercise to energise you for the day.

After breakfast (included with our hotel stay), we kicked off our day with a walking tour through colourful Bo-Kaap. Many people often get stuck taking pictures of the colourful neighbourhood and never take the time to submerge themselves in the area’s rich South African Islamic history.

First head to the Bo-Kaap Museum, which was established in 1978 and depicts the lifestyle of Muslim families in the area during the 19th century. In between exploring the streets, be sure to pop by the Atlas Trading Company to pick up some wonderful spices (a bargain is pink Himalayan salt for R20).

You’re not allowed to leave Bo-Kaap without popping into Biesmiellah Restaurant for their famous chilli bites. The fuss-free but flavourful restaurant serves a hodgepodge of Cape Malay dishes as well as a number of desserts. And since they don’t serve alcohol, don’t expect a whopper of a bill. 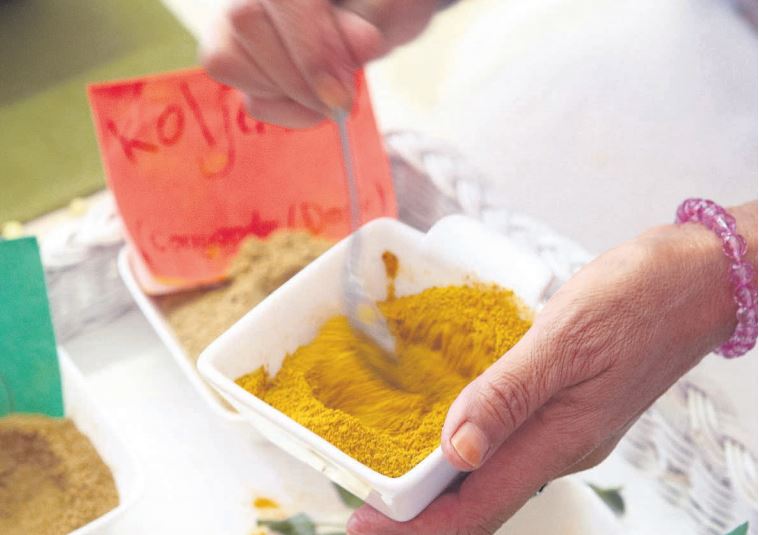 If you still have energy left, why not go take a dip in the Sea Point public pool? The popular spot has great views over the Atlantic ocean and the perfect place to unwind before heading out to the Fugard Theatre for the evening. If the weather is acting up, spoiling your pool plans, visit the national Iziko Museums at the Company Gardens. The National Art Museum is always filled with great work, as well as Jane Alexander’s haunting The Butcher Boys sculpture, which every South African should admire at least once.

When the sun begins to set, heat down to the Fugard Theatre, famously situated in District Six, where the theatre offers some of the best South African productions. The next productions at the theatre will be Shakespeare in Love and Die Reuk van Appels, unmissable shows.

If you need a nightcap, head down to Aces and Spades at Greenmarket Square and relive the best of 90s pop and rock – it’s the kind of bar where you won’t get age shamed.

With the city well explored, why not make a circular route to the airport by visiting charming Kalk Bay during the final hours of your stay.

The fishing town’s harbour was laid in 1903 and since then the town has become a popular country escape (close to the city). Make sure to visit Kalk Bay bookstore for great bargains as well as taking a walk down the main road. No visit will be complete without a walk on the harbour where you get close to the mischievous seals that have made it their home where they often poach fish from fisherman cleaning their catch of the day.

If you have time for lunch, Kalky’s Fish and Chips is a local institution. The popular self-order restaurant is a buzz of activity, thanks to incredibly affordable meals. Two crayfish tails with a mountain of chips will only set you back R60.

How to get around

In the confines of the City Bowl, walking is definitely the best way to get around, but Uber is your second best bet.