The average South African going for a drive in the English countryside is after two things: something beautiful and historic to explore, and anything – anything at all – that will not wipe out the budget he or she expected to last two weeks, but which is already dwindling a couple of days into the holiday. 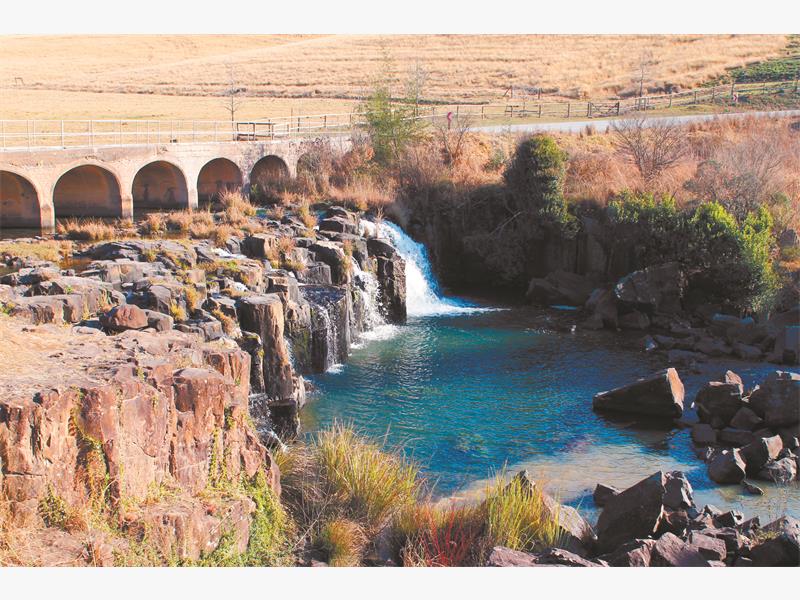 Often, the sites that combine these characteristics are pubs – mere drinking spots in many other countries, but century-old staging posts, inns and repositories for endless yarns in a country as ancient and culturally developed as England.

Going all the way to the UK to have an old-fashioned Sunday roast for the equivalent of two or three hundred rand might seem a bit frivolous though, especially when an experience of similar value is available down the road, relatively speaking.

Caversham Mill, between Balgowan and Curry’s Post, was the site of the first water-driven mill in KwaZulu-Natal, built in the mid-1850s by brothers Richard and James Hodson. That sort of vintage is about as good as it gets for such structures in our relatively young country. It’s more than enough to give visitors staying at the Manor House a sense of the area’s history.

But the pure intellectual interest that it provides won’t necessarily translate to the sort of ambience Midland Meanderers are after when they schedule a stopover at the property’s restaurant for a long, lazy lunch. What makes Caversham Mill a non-negotiable stopover on a tour of the area is its situation on a bank overlooking a picturesque waterfall on one side, and the ruins of the original mill on the other.

It’s necessary to book, as the locals are as enthusiastic about the place as the holiday settlers from Gauteng or other similarly vista-starved locations. There are a couple of picnic tables out on the lawn, a number of highly sought-after, more formal tables on the patio and a selection of perfectly fine options inside, from which you can still see the view, though only through the filter provided by the heads of your fellow di-ners, bobbing up and down as they tuck into their food.

Said food is of the same wholesome, but elegantly presented, sort served up in the hipster venues that have appropriated the venerable shells of those Olde English public houses, and without the side order of snootiness that sometimes comes free, whether you want it or not, in similar establishments abroad.

Dishes aren’t cheap, but they’re not annoyingly over-priced, either, and the portion sizes are enough to keep you busy for the time it takes to string out a conversation as an alternative to going and doing something more responsible. Craft beers (including something called a “Naked Mexican”: be sure to shout your order for that one out loud…) and real cider – the fermented, slightly sour sort– also beg to be nursed, rather than chugged.

The Caversham Mill Restaurant is the sort of place you’ll return to again and again. Get that initial meet and greet out of the way and you’ll quickly enjoy the sense of familiarity that comes with being a regular – including knowing, based on the behaviour of the owner’s scruffy terrier, when the next thunderstorm is due.

WATCH: Mother elephant crushes crocodile to protect her calf
1 week ago
1 week ago

WATCH: Mother elephant crushes crocodile to protect her calf
1 week ago
1 week ago