How to travel abroad to work from home Claudio Cabrera and his parter thought they both could get away, safely. So they packed the large bottles of sanitizer, double-checked the Wi-Fi and off they went. (Julie Benbassat/The New York Times) -- NO SALES; FOR EDITORIAL USE ONLY WITH NYT STORY REMOTE WORK ABROAD BY CLAUDIO E. CABRERA FOR NOV. 3, 2020.

When I decided to travel to Mexico in the middle of the pandemic for more than a month, I didn’t have many supporters among my friends and family, with fair concern. The country is currently one of the hardest hit by the virus — and is now approaching nearly 900,000 cases.

Traveling now clearly isn’t an option for everyone, but my partner and I both felt we could get away, and, with our employers having us work remotely, I probably had no better opportunity to work abroad than this one and only time.

We wanted to travel and visit as safely as possible, not only on the flight down from New York to Mexico City but also during our stay in both the capital and the beachfront community of Tulum. We also needed to be able to work from home, which requires a strong internet connection, a working cellphone and a quiet place to concentrate.

Here’s what we learned while working from home, abroad.

Speaking the language — and researching safety —

Before booking our trip this summer, we considered other countries such as Barbados, Turks and Caicos, Jamaica and even our parents’ homeland, the Dominican Republic. But Spanish is both of our first language, and we’ve traveled to Mexico pretty frequently in the past few years. That familiarity was comforting. Additionally, we had friends who had gone earlier and told us that in Tulum, where we would spend the majority of our time, restaurants, stores and other public places were adhering to social distancing, mask requirements and other safety measures.

Pack everything you need

During normal times, you usually think to pack sun lotion, swimsuits and everything else for a trip to the beach. As we all know, these are not normal times.

We also traveled with disinfectant wipes as we wanted to disinfect our phones and even our laptops.

The one thing we did forget that I recommend is a thermometer to check your temperature if you do get sick. We had the fortune of not getting any symptoms, but we did regret not having one.

Get tested: if not for entry, for peace of mind

Mexico didn’t have any requirements about being tested before arriving, but we took a coronavirus test three days before leaving, quarantined and received our results a day before traveling. We wanted to ensure we would not spread the virus on the plane ourselves.

Mask up on the plane and in the Uber

Flying from New York, we thought we would have an empty flight, but we guessed wrong — you might plan to expect the same if flying to a tourist destination.

Regardless, we had planned to take several precautions. We wore gloves and masks in the airport and on both flights. Additionally, we each wore a hooded sweater, trying to cover as much of our bodies as possible, even if it meant we were going to be a bit hot throughout the flight. It just made us feel better.

Once we stepped onto the plane, we sprayed down our seats with disinfectant and also wiped down the arm rests as well as the trays. There we stayed throughout the roughly 3 1/2-hour flight, not leaving our seats. I highly suggest using the restroom before you get on the plane so you won’t have to get up and walk through the cramped aisles and use the plane’s bathroom. We also did not eat on the plane.

Once we landed, we stuck to Ubers. (Like many New Yorkers, we don’t have driver’s licenses.) Neither of us felt comfortable taking public transportation, and the car-hailing service was affordable and convenient.

But to be frank, it was a risk, like the overall trip. In Mexico, we discovered that many of the cars don’t have plastic dividers separating driver from passengers. However, most drivers wore masks, and we always rode with masks and opened car handle doors with gloves.

But really, we only took cars when necessary. In Mexico City, where we stayed for four days, we got around mostly walking. In Tulum, we rented bikes to get about.

Find a ‘Sanctuary’ to stay at

In terms of lodging, we were a bit leery — despite taking the risk of traveling — of staying in a hotel. We wanted a space where we knew we wouldn’t run into a lot of people, and if we did, at a lesser volume and less frequently. So we did some research. In Tulum, we found an Airbnb in a building called Sanctuary in a private community called Aldea Zama. It gave us a location where we didn’t have to go to town much as Aldea Zama had a few restaurants and a grocery store. And at $50 a night, this Sanctuary was affordable.

The building had only 18 apartments in total and three floors so we rarely, if ever, ran into people, and it had amenities like a pool and a gym that were cleaned daily. Additionally, the apartment had two balconies and more than 2,000 square feet, giving us both enough room to set up working spaces.

Internet access is crucial for any remote worker. Always double-check with your hotel or Airbnb host before you travel to confirm how to connect and the Wi-Fi’s strength and reliability. In Tulum, we discovered that the electricity would go out often so there were periods where you could go without Wi-Fi for an hour or two. But I had made sure I had a personal hot spot on my phone.

Before you go, call your service provider to discuss connectivity in your destination. I found myself struggling to get access with one provider until I called my U.S. phone company, and a representative mentioned another provider would be helpful. The representative also guided me as I went through my phone to find and select the cell carrier that gave me better reception (Tip: Roaming has to be on to find any additional carriers.)

On nights and days off, have fun — safely

I spent the majority of my days working inside the apartment but took frequent bike rides into town or to a local market. In the evenings, we would either eat at home or go to a local restaurant or out for a beach sunset. (We met many Americans who moved to Tulum during the pandemic.) 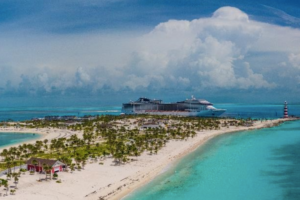 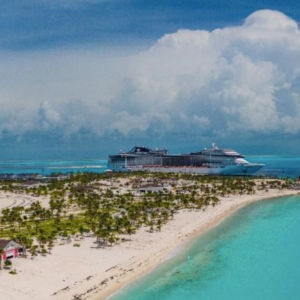 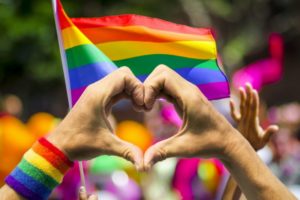 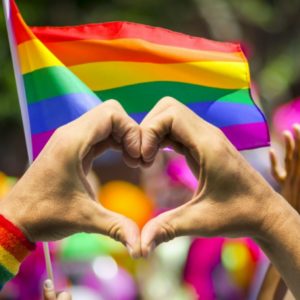