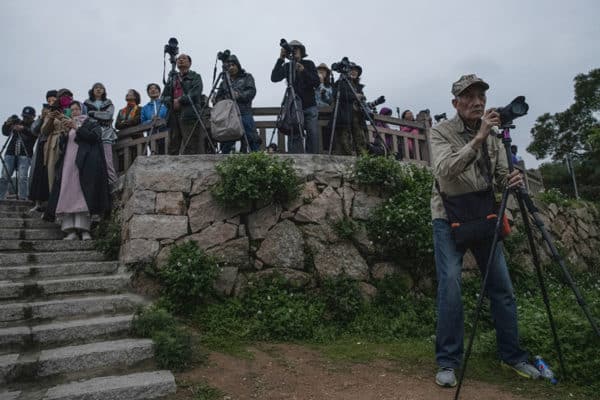 The morning mist was still thick between the banyan trees when the farmer appeared in the clearing, an axe slung over his shoulder as he led a water buffalo on a rope leash. In the slanting sunlight, unhurried and companionable, the two picked their way through the undergrowth, a vision of the rural idyll.

Then, when the farmer reached the other end of the clearing, he turned and began his trek again. And again. And again, in a constant loop. “Come over here a bit!” called out one photographer on the edge of the glade in South-eastern China. “That’s the way!” said another photographer, shouting out directions and encouragement. “OK, no need to walk anymore!”

With that, the visitors called it a wrap, satisfied they had gotten the perfect photographs of the bucolic scene. Later, the images would pop up across the Chinese internet, with captions like, “Going to work in the morning light.” A few, however, were more honest in their tags: fakephotoshot.

For the farmer (and the buffalo) had only been performing for the tourists and their cameras. Such staged photo shoots have become the specialty of Xiapu County, a peninsula of fishing villages beaches and lush hills known as one of China’s top viral check-in points. It is a rural Epcot on the East China Sea, a visual factory where amateur photographers churn out photogenic evidence of an experience that they never had – and that their subjects aren’t having either.

That buffalo lumbering through the banyan trees? Hasn’t been used to farm in years. The farmer’s outfit? Better for a museum diorama showing how field workers dressed 100 years ago. Even the mist wasn’t real mist, but smoke generated by burning straw (out of frame).

Xiapu is a place at once frozen in time and utterly modern – an entire county whose economy has evolved to cater to the demands of the Instagram age. Hundreds of residents have taken their turn as models while more have worked as straw-burners, tour guides and entrance-fee collectors.

ALSO READ: UK and Europe have some splendid spots far from the madding crowd

Between 2008 and 2019, the number of tourists visiting the region, once known for agriculture and fishing, increased 10-fold, according to official statistics. The area is not what one might think of as a desirable tourist destination. The weather is often cloudy and the beaches muddy. The unexpected appeal of Xiapu, in Fujian province, arises from a set of factors specific to this moment in China.

The country has a growing number of retirees, who are living longer and with more money than ever before. Government is encouraging rural tourism in the name of poverty alleviation. And everywhere, there is nostalgia for a disappearing way of life, in a country modernising at speed.

In Xiapu, tour guides herd their charges between villages and mud flats scattered across the county to find the scenic spots that have been prepared as potential photo scenes. At each site, billboards display pictures that visitors can emulate. For those needing more direction, the guides bark instructions about angles and timing through megaphones.

Arguments sometimes break out among photographers jostling for the best spot, or after a drone ruins someone’s shot. Most visitors are Chinese, but Instagram – which government has banned – is also full of posts by foreign visitors who claim to have glimpsed a bygone China.

“When photographers hear that scenes are staged, their hearts will drop a little,” said Liu Weishun, the manager of an attraction where colourful – and never used – giant fishing nets bob in the water.

During the peak months from April to June, as many as 500 visitors a day pile off tour buses at Liu’s site, paying $3 (about R44) each to perch on a brambly hillside overlooking the water.

Recently, a tour group paid $30 extra for a model in a straw hat to row by in a striped boat. The group’s guide directed the model’s movements by walkie-talkie. Xiapu’s defenders point to the egalitarian nature of photography there. Photography “isn’t like other arts that are hidden in an ivory tower, high above everyone else,” said Wang Shimin, a leader of the Fujian Province Photography Association 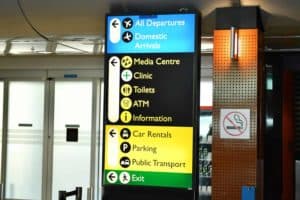 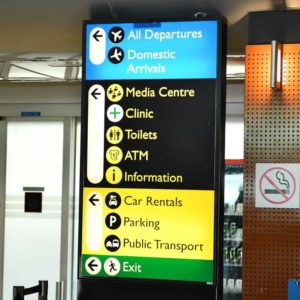