Sun City beat 17 other nominees from some of the world’s most popular travel destinations to the title of Africa’s Leading Family Resort at the recent World Travel Awards. 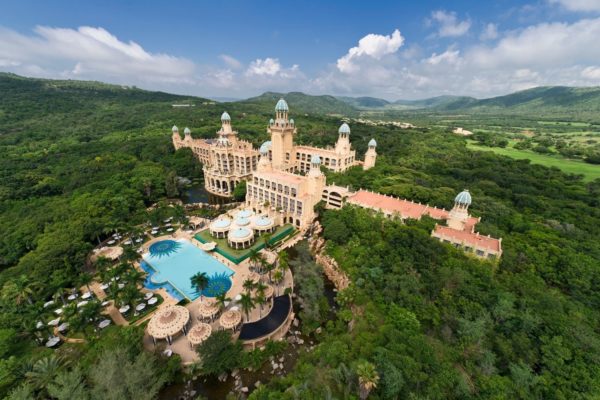 Based in the North West, along the border of the malaria-free Pilanesberg National Park, Sun City has always been a popular travel destination for both local and international tourists and the recent World Travel Awards have just acknowledged it by naming the destination Africa’s Leading Family Resort.

Sun City is the only surf-and-safari destination within a two-hour drive from Johannesburg where guests can splash out at the Valley of Waves, go on a game drive, play on two world-class 18-hole golf courses designed by none other than celebrity golf player, Gary Player, and partake in adrenaline pumped activities.

The resort’s general manager, Brett Hoppé commented on their World Travel Awards win, saying: “Sun City is an experience for all ages, whether you are active and sporty, adventurous, hooked on nature or just enjoy relaxing by the pool.

“Sun City is truly a world within a city, suitable for families, couples or friends. The resort boasts four hotels, over 30 eateries, an award-winning spa and a range of kids’ activities. Each hotel has its own individual character, restaurants and ambiance.”

He also said that according to the World Travel Awards, the dominant trend among travellers is for extra indulgence and a determination to book only with the very best.

“As a winner in the 2021 World Travel Awards, Sun City is proud to be among the ultimate global hallmark of tourism quality, and we hope that this accolade will mean that we attract even more guests to enjoy all we have to offer.”

Other South African nominees in the category of Africa’s Leading Family Resort at the World Travel Awards included the One&Only in Cape Town and the Wild Coast Sun in Kwazulu-Natal.

Other South African wins at the World Travel Awards

This goes to show that South Africans undoubtedly have some of the best tourist attractions right at their doorsteps, including Sun City which is such an easy weekend getaway for people living in Gauteng.