SANParks imagines what the future of tourism will look like

Questions SANParks has been asking include; what will the park look like, who will it serve, who will work here and what will we offer? 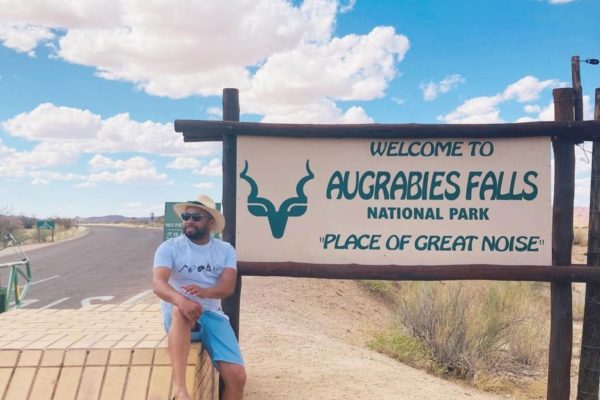 Free access will be valid from 22 until 26 November at Augrabies Falls National Parks. Photo: Twitter/Elroy Hartnick/@SANParks

Even as Addo Elephant National Park finally officially celebrated its 90th birthday yesterday as SA National Parks
Week kicks off, goals are already being set for 2040.

“We not only have to look at new ways of sustaining ourselves as a business but also funding the work we do,” said SANParks board chair Pamela Yako.

“Tourism is a business of people. So how do we bring that back and not lose the sense that we are about people?”

Yako said that the new board had started asking themselves the “hard questions”.

“What is the kind of SANParks people want to see by 2040? What does it look like, who does it serve, who works at our parks and what are we offering everyone,” Yako said. “We would like to hear [from people], if you’re going to come back in 2040, what would you like to see?”

Yako isn’t the only one looking to the future, with Covid having hammered the park last year.

“After the lockdown, we were quite lucky,” De Goede said.

“The SA public really supported us. As SANParks, we are 84% self-reliant so you can imagine with no people coming through the system how hard it hit us.”

While they did receive some bailout money from the Presidential Stimulus funding for upkeep, many businesses around Addo which rely on international tourists were also hit by the lockdown.

De Goede is putting plans into place to reduce the parks half a million rand a month sewage bill by building a water treatment plant to recycle water back into the park, which has none of its own.

“This is one of the few parks which is expanding yearly. Last year we purchased an additional two farms, and we’re negotiating for another,” De Goede said.

As one of four parks which makes money, De Goode said there was a need to improve it. Recent visitors would have noticed the budding solar farms used to pump water into the park. And an “eco-bridge” may be built soon for wildlife to cross the active railway line which splits the park.