Loosely defined as a vocal group consisting of young male singers, boy bands have been entertaining audiences for decades. 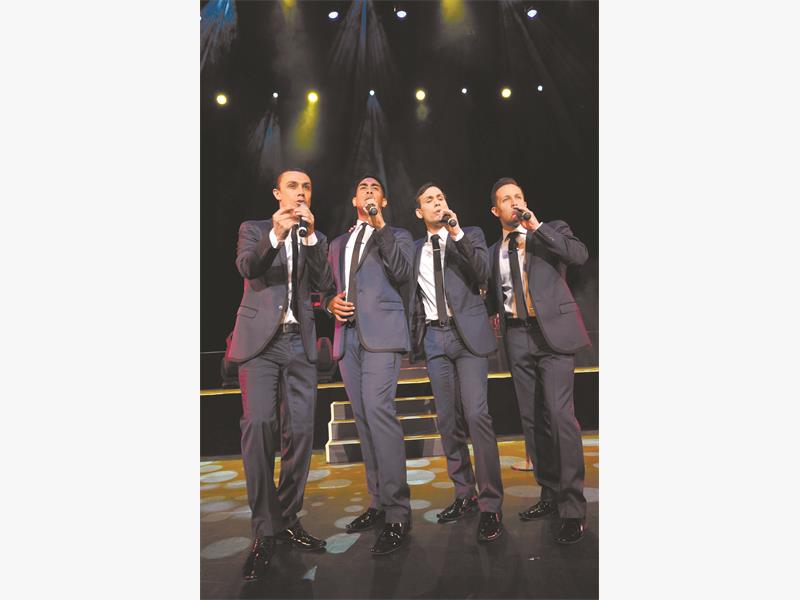 Often created by talent managers scouting a source of income, these acts have often offered synchronised performances (both singing and dance), with the music handled elsewhere.

Of course, exceptions exist and there were those who played their own instruments but many of these bands had a significant impact on their particular era. Taking a trip down memory lane, Boys In The Band celebrates hit songs from boy bands across the globe, performed by a four-piece group from Sydney, Australia. They impersonate groups from Frankie Valli And The Four Seasons to The Beatles, Bee Gees, ‘N Sync, The Drifters and more.

With four good-looking men clad in sophisticated suits onstage, singing in perfect harmony, the ladies in the audience go a little crazy. Simon Brook McLachlan, Leigh Sleightholme, Nana Matapule and Tom Sharah know how to get your attention and will have the crowd singing along and dancing in the aisles without inhibition. Between them, the cast have starred in many major music theatre productions, and appeared on television and in film.

McLachlan carries most of the show. Regrettably, his attempt to reach the original singer’s pitch is at times closer to an ear-splitting shriek. He’s a talented singer, though, so such concerns might also be down to some sound technicalities.

The singers’ dance routines and script are so well-rehearsed that the show sometimes comes across as rigid. With Sleightholme as the most improvisational of all, and his enjoyment clearly visible, he gives McLachlan a run for his money as the primary charmer.

Boys in the Band will be at the Mandela, Joburg Theatre until October 13