As Ellerine Brothers aborted a plan to feed the retailer R12 million. 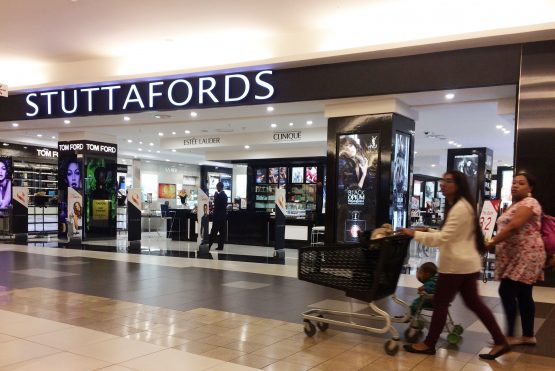 The clock is running out for the 159-year-old retailer to avoid liquidation after SA’s elite furniture family Ellerine Brothers aborted plans to feed R12 million into the business.

The jobs of Stuttafords’ 763 employees across its nine department stores, 16 mono-brand stores (brands with own stand-alone stores) and three stores outside SA (two in Botswana and one in Namibia) are on the line if shareholders do not approve a new business rescue plan by May 31.

Since Stuttafords placed itself into voluntary business rescue on October 28, shareholders and creditors – who are owed R836 million including Nedbank, Levi Strauss, L’Oréal SA, Tommy Hilfiger, Polo, Puma, Adidas, Estée Lauder and many others –  have voted on three versions of the rescue plan.

As it stands, Stuttafords has no solid rescue plan in place.

Evans told employees and creditors that the retailer needed more time to assemble an alternative plan.  “We were sideswiped by this turn of events [Ellerines pulling out] and are equally stunned,” he said.

Approximately 85% of creditors voted in favour of an amended rescue plan in March, which would see Ellerines feed R12 million into Stuttafords for a 76% stake. It currently owns a 26.4% stake in Stuttafords Stores, Stuttafords’ parent company. Under the Ellerines-backed rescue plan, venture capitalist firm Vestacor would cede management of Stuttafords, paving the way for an unnamed retail expert to run the show.

However, a fierce salvo emerged between the rescue practitioners and Ellerines, with the latter saying it was frustrated by its attempts to access Stuttafords’ financial records in order to determine whether it was capable of rescue.

In a letter sent to creditors on Wednesday, Ellerines confirmed that it is no longer supporting Stuttafords’ rescue plan.

The resurrected plan proposes that creditors would only get 5 cents for every R1 they are owed and an additional 18 cents for every R1 owed over the next year and a half. This means that creditors would take an estimated 77% write-off. Creditors were asked to continue supplying Stuttafords with merchandise on consignment, or on 120 days’ credit terms, as it didn’t have money to purchase stock for the 2017 winter season.

Evans said a number of creditors have supplied Stuttafords with winter stock but trading “hasn’t been fantastic” in April as stores have been understocked. “Some of the brands on shelves are underrepresented. We need stock desperately in some cases,” he said.

The meeting with employees and creditors also explored the worst case scenario of liquidation. In liquidation, the South African Revenue Service would be the first to receive all money due to it (R28 million) as well as creditors (who secured their debt against Stuttafords’ assets). Employees would be the last to be paid.

Stuttafords employees, some who have worked at the retailer for more than 30 years, would be paid a capped R12 000 as part of their severance pay in addition to leave pay of R4 000. This has riled up employees.

“We think some shareholders are incredibly greedy, not just Ellerines but also Vestacor. They are only considering themselves during this process and not the lives affected during the rescue process.