6.2 million people are without jobs in the country. 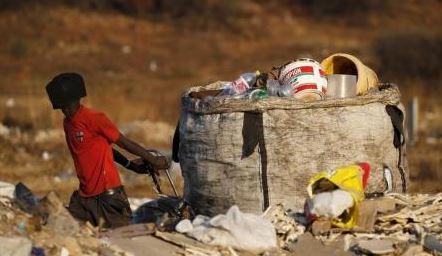 An unemployed man pulls a trolley full of recyclable waste material which he sells for a living, in Daveland near Soweto, South Africa August 4, 2015. REUTERS/Siphiwe Sibeko

South Africa’s unemployment rate rose to 27.7 percent of the labour force in the first quarter, the highest in nearly 14 years, from 26.5 percent in the last quarter of 2016, data from the statistics office showed on Thursday.

In its quarterly labour force survey, which polls households, Statistics South Africa said this amounted to 6.2 million people without jobs in the first three months of the year, compared with 5.781 million previously.

The expanded definition of unemployment, which includes people who have stopped looking for work, rose to 36.4 percent in the first quarter, from 35.6 percent in the previous quarter.

Cosatu calls for reconstruction of SA economy to address unemployment
1 day ago
1 day ago
PREMIUM!

Cosatu calls for reconstruction of SA economy to address unemployment
1 day ago
1 day ago
PREMIUM!