Do girls just want to have fun or rather some financial independence?

Women need to take charge of their finances and invest for their future. 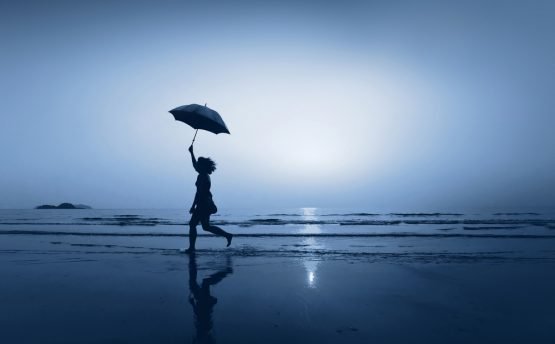 The average South African woman works longer hours than the average male counterpart, but women are far more likely to face financial peril in retirement. Despite this, and while having a good record of being successful investors, many women don’t prioritise saving. After all, girls will have much more fun having funds than without it, to paraphrase Cyndi Lauper’s hit song.

All women will, at some point, be forced to take charge of their finances. This could be due to widowhood, staying single, divorce or becoming a parent. South Africa has a high incidence of single mothers, with only 16% of those who consider themselves single moms receiving regular support from the father of their children.*

For many women the reality of daily life is just surviving at the moment, while juggling responsibilities between parenthood and work. In fact, women work on average 50 minutes more a day than men, according to data from the World Economic Forum’s Global Gender Gap report.

South Africa is under the top six countries where women work considerably longer than men. They should, however, stand back and think about their future. Despite working so hard, women have substantially less income in retirement than men.

The US National Institute on Retirement Security (NIRS) has recently published a report that has relevance to women in South Africa. It shows that across all age groups, women have a significantly lower level of income in retirement than their male counterparts.

In fact, women between 75 and 79 were three times as likely to fall into poverty as their male counterparts. For women 65 and older, their typical incomes were 25% lower than those of men, according to NIRS. The gap widened as they aged: men enjoyed an income advantage of 44% by age 80 and older.

You can’t rely on partners, husbands, governments and others to look after you and to invest for your future. The sooner you take charge, the better. It isn’t going to get easier tomorrow or next year as you get older.

Time and the power of compounding are the allies of your investment. Even R500 invested monthly, increasing each year by inflation for 25 years, becomes R1 351 992, assuming reasonable long-term average returns.

Several studies show women are better investors than men. It starts with willingness to have a plan, being risk averse but not overcautious, being willing to accept advice – and adding a good dollop of common sense along the way.

South African women are showing an increasing appetite for investing in stock market-related products such as exchange-traded funds and shares. Data from one of South Africa’s largest banks* has shown a five-fold growth in share investments by female investors over the eight years to 2016. The youngest group of these female investors falls within the 21–25 age bracket, which confirms that even young women are starting to invest in shares.

At whatever age, take a portion of your income, or windfalls that come your way, and invest it. It’s not just about saving, it’s claiming a way to create some financial independence and a retirement with grace. If you haven’t got 25 years, you will still do a lot better by starting now, than doing nothing.

Apart from saving for retirement, it is also important to have an investment for emergencies. The lack of an emergency fund is one of the main reasons many women end up heavily indebted. When unexpected expenses occur they have no choice but to use credit to cover these costs.

The lack of emergency savings is a problem over all income groups. Out of a sample of 1 317 well-educated South African professionals, with 60% earning more than R300 000 per annum, 41% worry that they won’t have enough set aside for unanticipated emergencies.*

Emergency funds are also important when illness strike and you don’t have sufficient medical aid cover or critical illness cover. According to some members of the Association for Savings and Investment South Africa more than 60% of critical illness claims made by women in 2016 were as a result of cancer.

Become proactive and look after your future. A good financial advisor can also help you to navigate your investments through the storms of life.