How to navigate a low-return environment

Reassess your asset allocation, but don’t try to time the market – Sasfin Wealth. 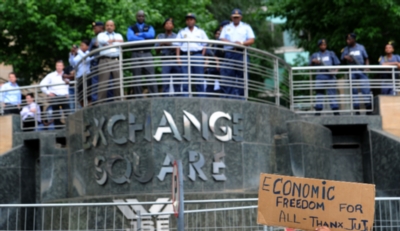 This picture is for illustrative purpose only.

In the 118 years through to 2017, South Africa was the top performing global equity market, a report found last year.

According to Credit Suisse and the London Business School, the local stock market delivered a real return of just more than 7% over that period – about two percentage points higher than the global average. Twenty-three countries were included in the analysis.

Over the past 15 years the picture looks even better, with domestic equities exceeding this long-term average by delivering 10.8% after inflation. As a result, investors have come to expect double-digit real returns.

But the environment has changed and local investors have had a rude awakening over the past three years in particular.

Veenesh Dhayalam, head of asset manager research at Sasfin Wealth, says in recent years companies’ earnings growth has generally been lower than historic levels. While this is disappointing, it must be viewed in the context of the very tough trading conditions.

Some studies suggest that market performance is not directly correlated to the state of the economy. Dhayalam agrees, saying that this is true because the market is meant to be forward‑looking, and generally is. South Africa’s poor economic performance over multiple years has had a negative impact on the earnings of domestic companies, which in turn has adversely affected their returns.

“The economy has definitely been under pressure for some years, and this was bound to spill over into investment market returns,” he says. “Remember, if the economy is in trouble and not creating job opportunities and generating real wage growth, then you’ve got the consumer in trouble, which means weak demand, which means production will suffer. If this low growth persists over multiple years, as it has in South Africa, it will eventually impact company earnings and hence, market returns.”

Cheap, easy money that was pumped into the system after the global financial crisis has pushed markets and valuations higher locally and globally. This is expected to temper future returns, compounded by the US Federal Reserve gearing up for further interest rate hikes and the quantitative tightening cycle, he adds.

As a result, pension funds and fund managers will find it difficult to meet higher ‘CPI plus’ targets.

How should investors respond? Should they respond at all?

Dhayalam says the first line of defence should be to stick to the basics of staying invested and remaining diversified – trying to ‘time the market’ in an effort to improve returns adds another layer of risk, which often may not work out well.

It is vital not to become emotional and panic but rather, at a minimum, investors should reassess their asset allocation or building blocks to determine if their required objectives can still be met. There are various investment levers available, and investors should use them in conjunction with a sensible overlay of risk management, he adds.

While hope is not a strategy, chasing high return investments blindly may result in investors taking on additional or unintended risks. The consequences of actions such as inadvertent portfolio concentration may be regrettable, but can often be avoided with some risk management, Dhayalam says.

Investors should also consider increasing their offshore exposure, but this will depend on their objectives and long-term plans. However, they should be cognisant of the risk that this may bring.

Regulation 28 of the Pension Funds Act, which governs the maximum exposure retirement funds may have to various asset classes, was relaxed recently, and investors may now invest up to 40% of their pension assets outside South Africa (30% internationally and 10% into Africa outside South Africa).

Another often-overlooked lever that could be pulled is fees.

Costs are important in any type of market environment, but when returns are low, getting ‘bang for your buck’ is even more important, says Dhayalam.

“Previously, when returns were higher, the relative impact of costs was less significant – but when you are in a low-return environment, the costs become more pronounced.”

While costs always diminish returns, excessive costs in any part of the value chain can result in even more wealth destruction, he adds. However, investors should not consider costs in isolation but rather assess the value they receive for the price they pay. Against this background, investors should reflect on the type of investment strategy, and if active, the investment capabilities of the manager, because not all managers are equal.

While alternative assets – such as hedge funds, private equity, infrastructure or private debt – could also be considered, Dhayalam says one should be wary of their unique risks, including the complexities and extreme illiquidity constraints of such assets.

“There are always risks to investing,” he says. “Investors should always have a proper understanding of what is being offered and the costs involved.”

Brought to you by Sasfin Wealth.