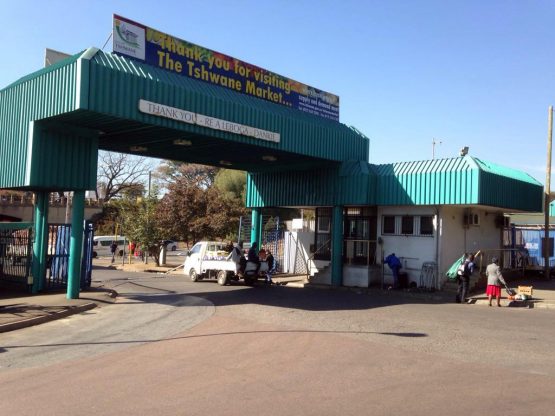 Apart from the filth and danger, the lack of consignment control means that a lot of direct sales are taking place, costing the city and market agents their commissions. Image: Moneyweb

The City of Tshwane will on Friday at long last meet market agents who are extremely concerned about the dilapidated and filthy state of the multi-billion rand Tshwane Fresh Produce Market.

Food producers from the northern parts of the country sell their fresh fruit and vegetables at this market, from where it is distributed countrywide as well as to several neighbouring countries.

Producers are just as concerned about the conditions. Agri SA’s Dr Requier Wait confirmed that the organisation is in the process of setting up a meeting with all stakeholders to coordinate actions.

Moneyweb visited the market this week and found a dirty site. Even a layperson can see that it is wholly inappropriate to handle food on these premises. 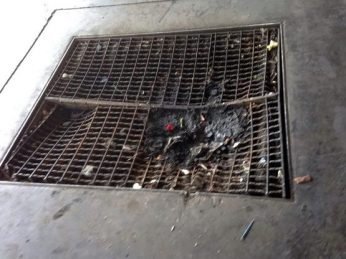 Linda Jackson, director at consultancy Food Focus SA, looked at the pictures Moneyweb took during the visit and said they “indicate that the fresh produce market is definitely not at an acceptable level of hygiene and cleanliness”.

Jackson said that in the light of the recent Listeriosis outbreak, the Tshwane Fresh Produce Market and all other role players should get their houses in order.

The market belongs to the City of Tshwane, which gets 5% of the value of all trade, which could be R250 million to R300 million per month.

This means the city could earn R12.5 to R15 million per month or R150 million to R180 million per year from market operations.

The maintenance budget for this year is R3.9 million and in the previous two financial years the city spent R3.5 million and R4.1 million respectively on maintenance at the market, it told Moneyweb.

Stakeholders who Moneyweb spoke to are also worried about security at the market. They say that in the past six months, 15 to 20 vehicles were stolen from the market premises and that a person was murdered on the premises, allegedly in a brawl among users of the street drug nyaope.

Sometimes whole pallets containing up to 20 000 apples, for example, disappear from the cold storage facility, Moneyweb was told. These belong to the producer, who then has to claim from the city through a slow process fraught with red tape.

There is no access or consignment control and stakeholders agree that a lot of direct sales are taking place, sidestepping the market mechanism and costing the city and market agents their commissions.

They say that the market’s two biggest clients, Food Lovers’ Market and Choppies, have reduced their combined spend from an estimated R38 million to per month to around R10 million. They would rather support the Johannesburg Fresh Produce Market, which is in a much better state, Moneyweb was told.

A lot of the market activity takes place before the sun rises, but the lights are not properly maintained, Moneyweb learnt. There are many other specific issues. The state of the market has deteriorated drastically over the last seven months. 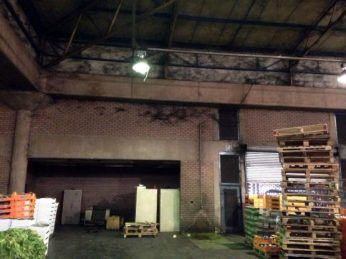 In May, it was paralysed for five days due to cable theft, and the generators were not working.

Several stakeholders who asked not to be named told Moneyweb that they have tried to engage officials and politicians at the City of Tshwane over an extended period, but to no avail.

They hope that the meeting on Friday will bring some relief.

Moneyweb was told that about three years ago the City of Tshwane informed market agents that it doesn’t have the capacity to clean the market anymore.

The market agents persisted, but the city provided little more than workers who sweep the floor, they say.

The city admitted to Moneyweb that it is responsible for cleanliness and the maintaining health and safety standards at the market.

Moneyweb asked how frequently the floors are washed and how often high-level cleaning is done.

The city responded by saying it has put in place “an additional immediate plan that started on July 18 to complement the existing cleaning programme.

“This programme will be further enhanced in the short term,” the city said in written responses.

Security, access and consignment control will also be addressed as part of the intervention, the city said.

According to Jackson, the new regulation R638 under the Foodstuffs, Cosmetics and Disinfectants Act outlines hygiene requirements for food handling establishments. “This regulation now also includes the produce markets where unprocessed produce is sold. It looks like the Tshwane Fresh Produce Market will have to do some additional work to meet these minimum legal standards,” she said.

“The regulation requires that the construction of the buildings where food is handled and stored should not pose a potential hazard. Buildings do need to be maintained even if they are old. These requirements for sound construction have been in place for many years.

“Floors, ceilings and walls should be clean. There should be proper storage areas where you can have produce stored separately in order to ensure that there is no potential for cross-contamination. This is in addition to health and safety requirements for ensuring staff are safe when moving equipment is in use.

“New requirements in the regulation now require the establishment of a cleaning programme with cleaning records. Very importantly, the regulation requires that the market would need a proper traceability system and a recall process in case there is something wrong with the vegetables that are actually being sold there.”