About 70% of the relief will benefit poor households. 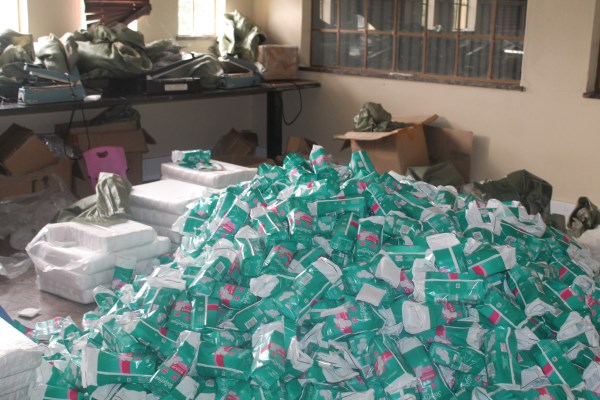 The final report by the ministerial panel of experts investigating the expansion of zero-rated value-added tax (Vat) items has, in most parts, been welcomed.

The panel has recommended the zero-rating of six additional items, which will cost the fiscus R4 billion – 70% of the relief will benefit poor households.

The items include white bread, white flour and cake flour, sanitary products, nappies and school uniforms. Another two items were considered – infant milk formula and frozen chicken parts – but not recommended for zero-rating. Had they been included, the total revenue foregone would have amounted to R10.4 billion.

Finance minister Nhlanhla Nene appointed the panel following the increase in the Vat rate from 14% to 15% in April resulting in expected additional revenue of almost R23 billion. Vat accounts for about 26% of total tax collections.

South Africa has two tax rates (0% and 15%), with 19 items currently being zero-rated – a measure introduced to provide some relief to low-income households which spend a relatively high proportion of their income on the zero-rated items.

Tax experts said over the weekend that the panel was given an extremely difficult task to perform in a relatively short timeframe given the amount of research needed.

National Treasury published the independent expert report on Friday, allowing time for comment until the end of this month.

Duane Newman, director of Cova Advisory, says the panel has also analysed the current list of zero-rated items, where total relief of R26.8 billion is provided.

“The panel clearly focused on products that would have the biggest impact on the poor,” says Newman, who chairs the Vat workgroup at the South African Institute of Tax Professionals (Sait).

“I believe they have been successful in their analysis. It is vital that the recommendations are assessed quickly and that a final decision by the minister of finance is made as soon after the deadline for further comments [as possible]. The poor are depending on decisiveness.”

Tertius Troost, a senior tax consultant at Mazars, believes the six items are sufficient given the fact that government is giving relief of R4 billion on these items.

The experts considered 66 items, but only addressed eight in their report and it is doubtful whether treasury will zero-rate all the recommendations.

The panel says zero-rating a long list of relatively minor products can increase the possibility of abuse and thereby a reduction in tax revenue. Abusive practices commonly entail suppliers deliberately misclassifying their sales to be zero-rated when they should be standard rated (15%), or collecting the Vat from their customers and not paying it over by misrepresenting these sales to the South African Revenue Service (Sars).

Items that were suggested for zero-rating included books, mango atchar, broadband internet access, noodles, yoghurt and Vat on property and rent. Troost says he would have expected to find soap and candles on the list, but did not expect white flour and cake flour to be included.

He expressed concerns about the monitoring and policing required to ensure that the reduced costs of zero-rated items are filtered through to consumers.

“If the actual price is not reflected it means producers or retailers are still making profits and the benefits do not reach consumers,” says Troost.

The panel, chaired by professor Ingrid Woolard, says the government should establish mechanisms to ensure that retailers pass the full value of the Vat relief through to consumers. “Mechanisms to achieve this aim could include, for instance, investigations by the Competition Commission and publication by Statistics South Africa (Stats SA) of reference prices for zero-rated goods as part of the Consumer Price Index (CPI) data.”

The panel agreed that while white bread and white cake flour are not the most nutritional options to include, changing consumer behaviour to increase consumption of whole wheat bread is a long-term project (not necessarily focused only on the poor).

“Therefore, it makes economic sense to zero-rate white bread to relieve the financial stress of the poor population while the government, Department of Health (DoH) in particular, is attempting to influence the South African population across the life-cycle to make informed, healthy food and nutrition decisions,” the panel concluded.

The panel acknowledges that zero-rating sanitary products will not be sufficient as the current cost is already preventing poor women from using these products. “While it sounds straightforward to provide free sanitary products (for example through schools and government clinics), in practice the state has been unable to deliver on this, despite commitments going back at least seven years,” the panel states in its report.

School uniforms are seen as a “merit item” although this makes up a relatively small portion of households’ consumption basket. However, by zero-rating this item, poorer households (decile 1 to 7) will receive Vat relief of R412 million.

The definition of a school uniform is problematic. Troost says a white shirt for an 18-year-old schoolboy can also serve as a business shirt for a working person – defying the purpose of the zero-rating. Discussions about the introduction of a standard uniform in all public schools may be the answer.

The panel considered a few alternative ways to mitigate the Vat increase, which include lower positive Vat rates on some items; increases in all monthly social grants, including the old age social pension; food vouchers – where cash grants might not be feasible or practical; upscaling the various feeding schemes; and the provision of free sanitary pads to girls and poor women.

Sait head of tax policy Erika de Villiers says the public consultation process is encouraging; it resulted in the independent panel being appointed and its terms of reference being extended.

“The report has taken public comments, economic analysis and policy considerations into account,” she says, adding that the call for public comment on the report provides an opportunity for the public to further influence the outcome and is welcomed.