Why Markus Jooste can still smile for the cameras

Any court resolution is light years away. 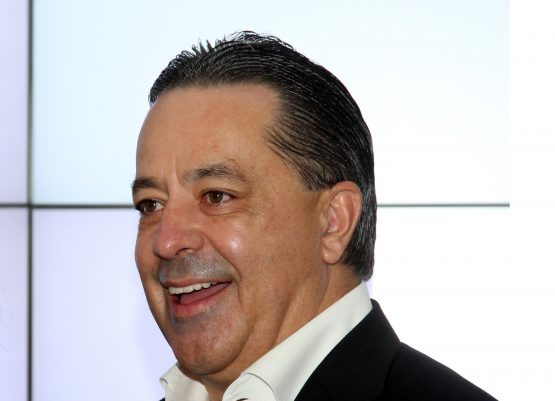 PwC, which has undoubtedly put its finest forensic accountants to work unravelling the Steinhoff mess, missed its December deadline and is keeping the world waiting.

The comprehensive forensic report must be produced by February 2019. The investigation is being carried out across different jurisdictions, which adds further layers of complexity resulting from different languages, accounting standards and laws. Sadly, only an overview of the report will be published. The full report will be legally privileged, and is to be used in pending legal proceedings.

Over the holidays I read Bad Blood: Secrets and Lies in a Silicon Valley Startup by John Carreyrou. It details the rise and spectacular fall of Elizabeth Holmes, the founder of Theranos in the US.

Scratching the surface I can discern some similarities between former Steinhoff CEO Markus Jooste and Holmes – two powerful personalities, reliance on a combination of bullying and charisma, and empty promises of greater wealth to investors. Both ex-CEOs are synonymous with the companies they steered, even though they are no longer at the helm. While Theranos surfed a wave of complete fabrication and lies, Steinhoff went on an aggressive acquisitive campaign which plumped up its results and boosted its share price.

Both the Theranos and Steinhoff implosions indicate that a board of directors of heavyweights does not necessarily amount to any substance.

The Theranos scandal also highlights how long the court processes can take, no matter how strong the evidence is. And in the Steinhoff matter – the concrete evidence may still have to surface. Piercing the corporate veil in an article and referring to a buddy as a ‘related party’ may not pass muster in a court of law.

Theranos was based on a fraud. Holmes claimed that Theranos could run a gamut of tests on a speck of blood, except it couldn’t, and didn’t. Over a period of some 15 years doctors, patients, medical insurance companies and investors were defrauded. Millions of lives were put at risk because the blood tests were not accurate.

Over those 15 years, Holmes managed to privately raise close on one billion dollars for research and operational costs. Private funding allowed Theranos to escape scrutiny by not having to publicly disclose audited financial statements. She was lauded as the youngest self-made female billionaire.

Swept up by her intense passion for her vision and her powers of persuasion, Holmes never ran short of famous men to sit on the board, nor investors. Detractors were silenced by a powerful firm of lawyers. The few employees who raised questions or concerns were immediately fired and marched off the company’s premises, and coerced into signing non-disclosure agreements.

Holmes compellingly promoted Theranos’s supposed technological and operational capabilities in presentations and in the media, backed by spreadsheets promising spectacular future sales. Investors, influenced by these false and misleading statements, made electronic wire transfers for the purpose of investing money in Theranos.

For many years, Holmes managed to escape inspection by the US Food and Drug Administration (FDA).

The foundations of Theranos were rocked in 2015 when the Wall Street Journal found that the majority of blood samples taken by Theranos were analysed by medical laboratories owned by other firms. It also debunked Theranos’s assertion that it only required a drop of blood, as the tests necessitated vials of blood to be drawn from patients.

It is unlikely that Holmes set out to defraud investors when she founded her company in 2003. When Theranos started unravelling in 2014, it attracted the attention of powerful US enforcement agencies – the FDA Office of Criminal Investigations, the FBI, and the US Postal Inspection Service. Investigations into Theranos as well as Holmes and chief operating officer Ramesh Balwani commenced.

The Securities and Exchange Commission (SEC) brought civil charges early in 2018. Theranos and Holmes settled without admitting to wrongdoing, but Balwani is defending.

Following that, the Department of Justice charged Holmes and Balwani with conspiracy to commit wire fraud. They were alleged “to have perpetrated multimillion-dollar schemes to defraud investors, doctors, and patients”.

A Federal Grand Jury indicted the pair in June 2018. However, an indictment “merely alleges that crimes have been committed, and the defendants are presumed innocent until proven guilty beyond a reasonable doubt”.

Wire fraud includes direct communications, marketing materials, and statements to the media that are used to defraud potential investors. The US Postal Inspection Service can investigate any crime (including complex fraud cases), where the mail, telephone, or internet is used to further a scheme.

The indictment is the first step, and Holmes and Balwani still have to be convicted of the alleged crimes. If convicted, they could face a maximum sentence of 20 years in prison, as well as heavy fines. But that is in the future – they are no doubt currently enjoying life without a care in the world.

Both scandals have highlighted that not all technological visions will turn into the next big thing, expanding overseas is not always a winner, and picking a share because of the fear of missing out on the next big thing could be a costly mistake.

Successfully investigating a case of white collar crime requires a large team of expert forensic investigators, and can take many years to unravel before it eventually gets to court. Looking back over the years South Africa does not have a track record of speedy prosecutions in financial fraud.

Steinhoff crashed at the end of 2017. The PwC forensic report can only produce findings, which may be used in any prosecution. We will have to rely on the Hawks to launch an investigation and see what the Financial Sector Conduct Authority discovers in terms of any insider trading.

There is currently a vacuum of information. It is highly unlikely that any court dates have been set for the near future, hence, any court resolution is light years away. It is not surprising that Jooste can still smile for the camera.

The wheels of justice can only start turning when they have traction.