The biggest short-term challenge is Eskom. Much will be revealed on Wednesday when Tito Mboweni delivers his maiden budget speech. Picture: Elmond Jiyane, GCIS

It will require the wisdom of King Solomon: finding immediate solutions to the country’s most pressing needs without lapsing into a downward fiscal spiral.

This is the challenge Finance Minister Tito Mboweni has been confronted with as he prepares to deliver his maiden budget speech to the nation on Wednesday at 2pm.

With an election around the corner and the country clinging to its last investment grade rating while economic growth continues to disappoint, the stakes are high. The decisions that need to be taken to ignite economic growth and stabilise South Africa’s finances in the long term will almost without exception be politically unpopular in the short term.

Here are four things that will be closely watched:

The power utility has been struggling to keep the lights on and its growing debt burden of over R400 billion has been a major point of concern. It seems likely that government will take on some of this debt; however, without a major overhaul, which would need to include restructuring the utility and cutting costs (read: reduce headcount), this may trigger a downgrade from Moody’s.

In his reply to the debate on his state of the nation address, president Cyril Ramaphosa – while stressing the need to separate Eskom into three different entities – tried to pacify labour partners and said Eskom would not be privatised, and that forced retrenchments were not on the cards.

With the election looming, pushing ahead with significant structural reform immediately seems like a risky political move. But the question is whether merely offering a cash injection that would allow Eskom to service its interest payments will be enough to keep Moody’s on hold until after the election?

An announcement on Friday that SAA will pay its rival Comair R1.1 billion to settle a protracted dispute about anti-competitive behaviour has also raised questions around how this will be financed. SAA said on Monday that it was making headway with its turnaround plans. It is redesigning its organisational structure into three business units focusing on international, domestic and regional operations respectively, and needs a liquidity injection of R4 billion in the 2019/20 financial year.

There will be pressure on the minister to provide a credible plan for state-owned enterprises within a very tight fiscal framework.

South Africa’s low economic growth figures have hampered efforts to create jobs and address unemployment, but have also weighed on revenue collection – and mismanagement at the South African Revenue Service (Sars) has not helped.

The medium-term budget policy statement in October projected that growth would improve to 1.7% in 2019. Although likely accelerate from its 2018 lows, more recent forecasts suggest that growth could be somewhere between 1.3% and 1.5%. The question is whether National Treasury agrees, and how such a slowdown would impact its economic modelling for the next three years.

3. The budget deficit and debt numbers

While revenue collection growth in the fiscal year through December has not been as buoyant as Treasury expected in February (corporate and personal income tax collection have disappointed) expenditure growth has also lagged projections.

The question is: to what extent will the projections catch up during the remaining two months of the year, and what impact will this have on the projected budget deficit of 4% of GDP in 2018/19?

In a research note sent to clients on Monday, RMB Global Markets said that if the year-to-date spending trend was extrapolated, expenditure could be revised lower by R43 billion for 2018/19. RMB says this would be enough to curtail the shortfall in tax revenue and provide “wiggle room to potentially provide Eskom with a cash injection of about R10 billion [to] R15 billion”.

Others are less optimistic. PwC expects the budget deficit to widen from a projected 4% of GDP in 2018/19 to 4.3%. This projection assumes that expenditure will catch up to Treasury’s previous forecasts.

Another key figure to watch is South Africa’s gross-debt-to-GDP ratio. The mini-budget projection was that it would stabilise just south of 60% in 2023/24.

Government’s major sources of tax income – Vat, personal income tax and corporate income tax – are highly unlikely to be adjusted. At least as far as the actual rates are concerned.

Small changes are however expected, but these won’t raise significant additional taxes. While sin taxes (excise duties on tobacco and alcohol) usually rise more than inflation, concerns about illicit trade may move Treasury to limit increases this year. Sars only announced in August that it would re-establish its illicit economy unit.

Since perceived wealth taxes are likely to be more palatable, possible changes could include an increase in the capital gains tax inclusion rate and a change to the securities transfer tax (currently 0.25% on the transfer of shares).

Below-inflation increases in the medical tax credit may also provide a few drops of tax income.

The recent fuel price reprieve may however be short-lived. The mini-budget already signalled that the Road Accident Fund would require further large increases to the fuel levy. 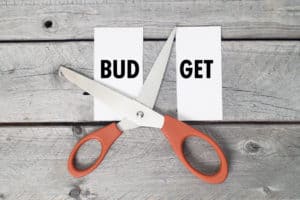 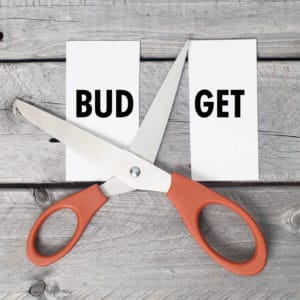