Rand no longer seen as indicator of country’s economic prospects

One would get a much better idea of the value of the rand by measuring how international investors perceive emerging markets as a whole, but this is difficult to do. 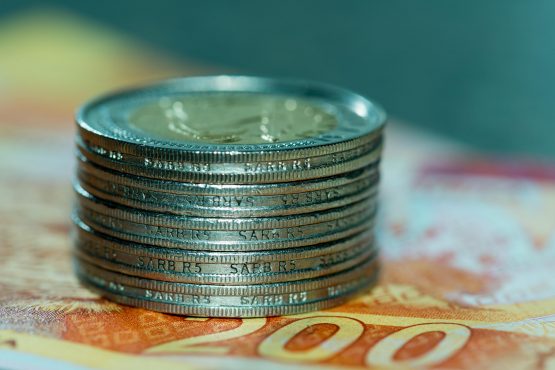 An exchange rate is often seen as a country’s ‘share price’ – people see it as a reflection of the nation’s economic prospects, political stability, fiscal discipline, any changes in government policy, and inflation rate. We believe the rand will strengthen if these things improve and worsen if they don’t (often dramatically, to the point where the currency would basically cease to function as a monetary unit).

If a country’s economy implodes totally – the best-known example being just north of the Limpopo River – the currency will become totally worthless. And big events do have an impact on the exchange rate, as the disastrous replacement of Nhlanhla Nene as finance minister in December 2015 proved.

But when everything is going along more or less as expected, the big movements in the rand are largely the result of global investment sentiment towards so-called emerging markets as a whole.

Still the currency of choice on the continent …

The dominant position of the South African economy on the African continent, the strength of our financial system, and the liquidity of the rand on international markets, make the good old ZAR the currency of choice for investors seeking exposure to Africa.

Figures from the African Development Bank show that the continent is offering opportunities, with real GDP growth exceeding 3% most years in the last decade.

However, it seems the growth in fixed investment, international trade and income are not reflected in the demand for African countries’ currencies – they have all depreciated over the last few years, despite economic growth surpassing that of many developing countries.

The assumption that a currency reflects the internal economic health and prospects of any single country no longer holds true. This is especially true in the case of SA.

SA has seen its currency decline sharply over the last 10 years, from R8.47 against the dollar at the beginning of 2009 to R14.39 late Tuesday afternoon. Of other large developing countries, only Brazil, Turkey, Russia and Argentina performed worse.

In Africa, the currencies of Nigeria, Ethiopia, Ghana, Malawi, Sudan, Angola and Mozambique have performed better than the rand.

Nicky Weimar, senior economist at Nedbank’s economic unit, says we need to consider that SA has become much more integrated into world markets since 1994, so much so that investors’ risk appetite for emerging market assets as a whole became the dominant factor influencing the exchange rate.

She explains that “factors specific to SA only tend to play a major role in the value of the rand if news is either much worse or much better than [the] markets expected.”

Perceptions are what count

One would get a much better idea of the value of the rand by measuring how international investors perceive emerging markets as a whole. Unfortunately, this is difficult.

Weimar lists several factors that are likely to influence the flow of funds into an out of emerging markets. One of the major determinants is the difference between American interest rates and those of emerging economies as this affects returns made on carry trades. In short, the rand will improve whenever it is profitable to borrow money in New York to buy South African government bonds (while taking risk into consideration).

Slower economic growth in developing countries also tends to lower the demand for riskier investments in emerging markets, even if the emerging countries continue to show good growth. Fund managers tend to reduce their risk when things start to get difficult.

“This is why the trade war between the US and China has such an influence on emerging market currencies, including the rand,” says Weimar. “Rising protectionism will ultimately hurt global growth, but will undoubtedly hit small and open emerging economies more than those of larger developed countries.”

But the big issue remains the general perceptions of the risk of investing in developing economies. The currencies of Turkey, Argentina and Brazil fared badly against the dollar because of the fear that these countries might default on their debts, the large loans of which are denominated in dollar. The rand suffered too, despite our much lower exposure to dollar-denominated debt.

One way to ‘see’ what investors believe

Nedbank looks at the difference between capital flows into emerging markets and developed markets to gauge investors’ appetite for more riskier assets, and compares it to changes in the value of the rand. Weimar says the rand tracks this measurement of risk perfectly and can pinpoint any large discrepancies.

A good example was when former president Jacob Zuma fired Nene in 2015 – the rand devalued sharply compared to this risk gauge. “This was the moment the world realised how widespread and entrenched corruption had become in SA,” says Weimar.

The rand recovered quickly compared to the perceived riskiness when Cyril Ramaphosa was appointed leader of the ANC and president of SA.

Since then, says Weimar, the rand has been trading at a slight discount to the emerging markets risk line, probably reflecting a number of major uncertainties such as whether the government will proceed with property expropriation, and how it will deal with the electricity crisis, the dire situation at many of our state-owned enterprises, the large budget deficit, the country’s high debt burden, high rate of unemployment, education system, corruption and policy uncertainty.