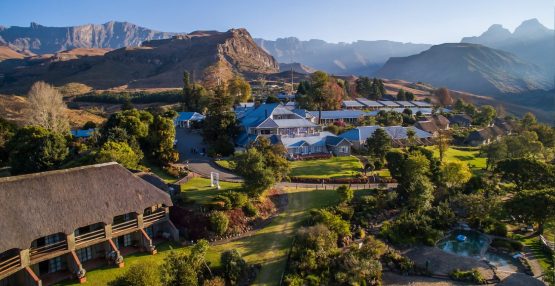 Cathedral Peak Hotel in KwaZulu-Natal's northern Drakensberg. The 81-year-old hotel faces closure if an insurance policy covering it against infectious diseases, such as Covid-19, is not paid out. Image: Supplied

Battle lines have been drawn in a David and Goliath clash between distressed tourism and hospitality businesses and insurance giants over the non-payment of Covid-19 business interruption insurance claims.

But, on Wednesday, the owners of two hard-hit accommodation establishments brought home the “on the ground” impact of the issue during a webinar hosted by Insurance Claims Africa (ICA) together with the Tourism Business Council of South Africa (TBCSA).

They made an emotional appeal to short-term insurance companies such as Santam, Guardrisk, Hollard, Bryte and Old Mutual to pay out. They warned that if a resolution or settlement is not reached, their businesses and possibly hundreds of others will close permanently and lead to massive job losses.

“We’re asking the insurers to please step up and do the right thing,” said William van der Riet, owner of the landmark Cathedral Peak Hotel in KwaZulu-Natal’s northern Drakensberg.

The hotel, which was established by his father 81 years ago, currently employs some 200 people. But he said it is now in a “dire financial position” in the wake of the impact of the Covid-19 pandemic, which has seen the hotel not being operational for just over three months.

“We took to social media at the end of last week to tell our story … We’ve been given the run-around for the last three months, with our insurers looking at every way [possible] not to pay. We have been paying them for all these years, and now, they’ve just slammed the door in our face,” he added.

“Why shouldn’t insurers also feel the pain … In times like these, this is where they should be standing up. If we treated our clients in this manner, we would not have a business,” said Van der Riet.

His hotel is covered by HIC (which is part of the Guardrisk and Momentum stables) and the property has extended business interruption insurance cover, which included infectious and contagious diseases.

He said that the hotel’s monthly overheads are between R800 000 to R1 million. Following the Covid-19 outbreak and restrictions, the business is facing a growing debt pile of more than R7 million.

Van der Riet said Cathedral Peak Hotel may only “survive for the next few weeks” considering its precarious pandemic-induced financial position. “But it goes beyond the bottom line … Many jobs and livelihoods are at risk, not just at the hotel, but within the broader community.”

An emotional Meg Fargher, co-owner of Budmarsh Country Lodge in the Magaliesberg, shared similar sentiments to Van der Riet during the webinar. At times she fought off tears as she told of her frustrations in getting her insurance claim settled by Santam.

The 5-star boutique hotel was established in 2000 and today employs around 30 staff. However, Fargher said the property had a broader economic impact on the local community, supporting several small businesses.

“While Santam has reneged [on paying out business interruption insurance], we have instances of tiny companies, such as our laundry service, coming to us and saying ‘pay us when you can’… These smaller suppliers have come to the party and are reaching out in a time of crisis,” she said.

“This is in stark contrast to how the big insurance companies are behaving … Santam has a lot to answer for,” she lamented, adding that she opted to take out the policy with Santam due to it being South Africa’s largest short-term insurance group.

Fargher said that this has been “the most devastating time” for the business. The situation “killed some of the joy” she had when she started off in tourism.

“Eskom is now even threatening to cut off electricity to the property. We have overheads every month and no income. We will have to close down if we don’t get the [insurance] claim paid out,” she said.

Meanwhile, Ryan Woolley, CEO of ICA, said that together with these two establishments, his group is now representing more than 500 mainly tourism and hospitality industry businesses in the battle with insurance groups.

He said that the total value of the claims amount to between R3.5 billion and R4 billion, however, ICA is seeking some sort of settlement. This excludes hundreds of similar Covid-19 business interruption insurance disputes being handled by other firms and attorneys in the country, which will most likely take the claims to several billion rand.

“We think insurers should at least payout somewhere between 40% to 50% of this… If they payout quickly, the affected policyholders are even willing to accept term payments over several months,” said Woolley.

He told Moneyweb that around 200 of ICA’s 500 clients in the industry dispute are policyholders of JSE-listed Santam.

When the virus crisis is over, the legal battles begin

While Woolley has previously said that ICA is not considering a class action suit, he told journalists on Wednesday that the group is now re-evaluating this position.

Santam is already facing a legal battle in Cape Town with a boutique hotelier and restaurant group related to non-payment of pandemic-linked claims. However, the case is only expected to be in the courts in September.

ICA had originally considered joining the battle; however, it now plans to take on Santam and HIC in its own legal case in Gauteng courts. This is in order to try to secure a settlement sooner. 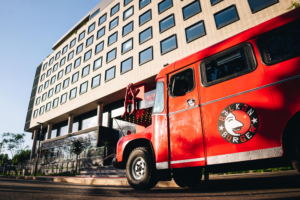 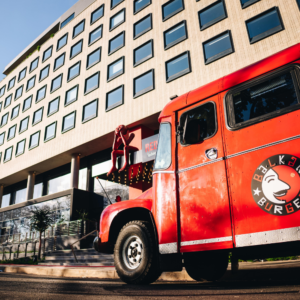