Of the SMMEs approved for support, 67% were black-owned; 30% female-owned and 21% owned by young people. The gvernment’s R500 million Covid-19 debt relief facility saved 23,000 jobs across various industries, with 67% of the borrowers being black owned.

This was revealed by President Cyril Ramaphosa as he addressed a webinar on the role of small to medium enterprises (SMMEs) in the country’s economic recovery.

Also Read: Google to help half a million small businesses get back on their feet

“It has been reported that as a result of the funds paid out of this scheme, over 23,000 jobs were saved. That’s a phenomenal number. Of the SMMEs approved for support, 67% were black owned; 30% of them were female owned and 21% of them were owned by young people,” said Ramaphosa, adding he was concerned that only 0.3% were owned by people with disabilities.

The economy relies on the SMME sector to create the greatest number of jobs in SA.

The government’s National Development Plan (NDP) aims to create 11 -million jobs and grow the economy by 5% by 2030.The era of large corporations that create thousands of jobs in one setting was long gone, said Ramaphosa, and the government wants to shift its focus to assist this sector, particularly with its tender system.

The government’s procurement process is open for business to the SMME sector, particulary for businesses led by youths, women and people with disabilities.

“We have specifically set aside targets for designated groups and we do this unashamedly, knowing that this is the best way of being able to help grow our economy but, more importantly, to empower those who in the past were deliberately locked out of playing a meaningful role in the business or economy of our country,” the president said.

Ramaphosa also encouraged businesses to start producing products locally and to look for opportunities to enter newly accessible opportunities on the continent through the African Continental Free Trade Area agreement recently signed by members of the AU. 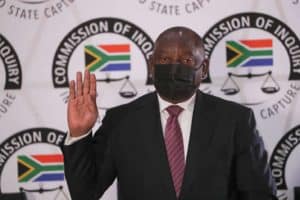 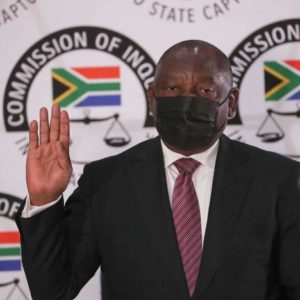 'Busi for chief justice' ... what Cyril gets for asking the public to help out
2 days ago
2 days ago

'Busi for chief justice' ... what Cyril gets for asking the public to help out
2 days ago
2 days ago