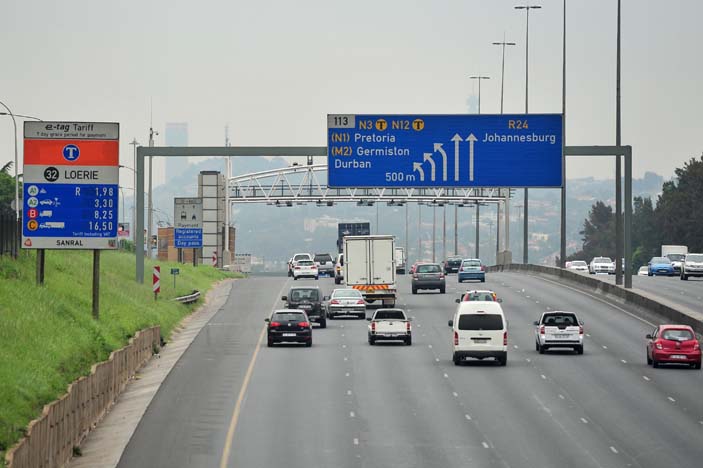 A test case might be on the cards to ensure legal certainty with regard to the enforcement of Gauteng’s controversial e-tolls.

This comes as South African National Roads Agency (Sanral) has already taken steps to issue at least 6 000 summonses to non-payers, with the number increasing all the time.

The latest numbers provided by Sanral show an under-collection since December 2013, when the system was first implemented, of R282 million (11%) against the revised forecast of R2.567 billion.

In May this year, Sanral collected R106 million against a forecast of R195 million. This includes about R71 million in normal e-toll charges and R36 million in terms of its 60% discount offer that was set to expire on May 2. The offer was later extended to May 17. Sanral disclosed no numbers beyond May.

Before the system commenced, Sanral forecast about R300 million income per month from e-tolls, but this number was lowered repeatedly as government lowered tariffs and made other concessions in the face of fierce public resistance to the system.

Sanral has confidently vowed to collect what it is owed through civil litigation and has commenced the process by handing at least 6 000 accounts to court for the issuing of summons.

The Organisation Undoing Tax Abuse (Outa) however maintains that it will successfully defend its members against e-toll summonses.

Sanral confirmed to Moneyweb that Outa has requested it to agree to a test case and according to Outa chair Wayne Duvenage, the respective legal teams have met more than once to discuss the issue.

Sanral said no agreement regarding a test case has been reached at this stage, but discussions with Outa’s legal team are ongoing.

“If there is to be a test case, the parameters of such a test case would first need to be agreed upon,” Sanral said.

It however warns: “Do note that this does not mean that other matters will not proceed.

“Being an Outa member does not automatically suspend any case against any road user. All cases for the recovery of tolls are continuing unless an agreement is reached with Sanral to the contrary,” the roads agency said.

Sanral told Moneyweb it is in favour of legal certainty and believes that Outa’s challenges against e-tolling will be unsuccessful.  “Both the Constitutional Court and the Supreme Court of Appeal have previously found in Sanral’s favour with regard to the Gauteng toll roads and Sanral is confident that our courts will again recognise that Sanral is legally entitled to recover toll due by road users.”

Sanral has in the meantime had successful debt auctions in June and July. “At the most recent auction, we had total bids of R1.991 billion and allocated R1 billion including a new short-dated bond – HWF08 @ JIBAR+144bp (price guidance 140bp to 155bp) that allowed us to tap the cash reserves of investors,” the roads agency told Moneyweb.

“We had overwhelming demand from many investors and are happy with the result,” Sanral said. It ascribes the investor confidence partly to policy certainty around the user-pay principle and partly to Sanral’s commitment to collect e-toll tariffs.

“We will continue to make every effort to collect to continue to prove to our investors and ratings agencies that we will do what is necessary to realise the potential e-toll income stream,” Sanral said.