How grocery retail giants muscle in on smaller rivals in townships

Competition Commission hears that small and independent shop owners are being screwed over by their larger counterparts.

When Tshwane-based entrepreneur Motshwane Mabogoane opened Rori’s Cake & Bake in 2015, loaves of bread at his bakery were selling like hotcakes, even attracting customers from larger competitors in the township of Mabopane.

Business was booming to the point where Mabogoane’s business became the main supplier of freshly baked bread to local spaza shops that sell bunny chows, of which bread is the key ingredient.

The growth of Mabogoane’s business in Mabopane ruffled the feathers of his existing larger grocery store competitors Shoprite, Big Save and Lifestyle Supermarket. A price war then ensued.

Rori’s Cake & Bake sold a loaf of bread for R5, and its grocery competitors cut their bread prices from R6 to R4 in order to draw more consumers into their stores. Naturally, consumers were attracted by the cheaper prices offered by larger competitors, who profited at Mabogoane’s expense.

“We have big supermarkets that are creating a monopoly in the townships,” said Mabogoane on Wednesday in his submission during the Competition Commission’s inquiry into the grocery retail sector. “They have the benefit of setting prices because of their scale.”

The inquiry was on its third day of submissions in Pretoria.

Mabogoane accused retailers, mainly grocery behemoth Shoprite, of squeezing bread prices in the township to the point where smaller businesses can no longer be financially sustainable. “Our bigger competitors sell bread at R4, which is below my minimum production cost,” he said. “There’s no way in hell I can compete with that.”

Shoprite’s store is at the Morula Shopping Complex, which is less than 10 kilometres from Mabogoane’s bakery.

According to Mabogoane, who hires 10 people at his bakery, larger competitors use their size to compete on price. Underscoring this is the fact that Rori’s Cake & Bake has the capacity to manufacture 120 loaves of bread per 40 minutes while Shoprite, he said, can produce 340 loaves per 40 minutes.

This, he told the inquiry, makes it difficult for smaller businesses to co-exist with their larger competitors. “Big retailers agree among themselves on the price of bread to suffocate small players and have the power to do so. They maintain their low bread prices even when the price of key bread ingredients such as flour and sugar rises.”

The purpose of the inquiry is to examine the general state of competition in the grocery retail sector. The commission has reason to believe that there are features in the sector that may prevent, distort or restrict competition.

The issues the inquiry will examine include the use of exclusive lease agreements between shopping mall owners and retail anchor tenants, competition dynamics between foreign and South African-operated retailers and retail giants moving into townships and rural areas.

The inquiry will run until March 2018.

On Monday, the inquiry heard that the big four grocery retailers – Shoprite, Pick n Pay, Spar and Massmart – collectively have more than 500 stores in the townships. The big four retailers have been ramping up store roll-outs in township and rural areas across SA over the past 15 years, taking advantage of regions that lack informal retail trade.

Louis Greeff, MD of buying group Elite Star Trading Africa, told the inquiry that he could not understand how the grocery retail giants could argue that a trader with no limitations to credit‚ products and finances could move into an area and take R50-million worth of turnover per month out a very small area and have no devastating effects on its economy.

In their submissions, grocery retailers (except Shoprite) said their entry into townships has brought quality products and more choice for consumers. Independent retailers have also accused shopping mall developers of only reserving retail trading space for the big four.

Walter Hlope, who owns a franchise licence to open a Liquor City outlet, has battled to find retail space at shopping malls for three years.

Hlope’s search, which began in earnest in 2015, led him to four vacant retail trading spaces at existing and new shopping mall developments in Gauteng’s towns of Germiston, Vosloorus, Alberton and Springs. But all the trading spaces were already taken by Pick n Pay and Shoprite.

He told the inquiry that he could have employed eight people if his store was up and running.

Mabogoane and Hlope asked the commission to create an enabling environment for small retailers to grow. “After all, I don’t want handouts,” said Mabogoane. “I believe that you have to work hard to get what you want.” 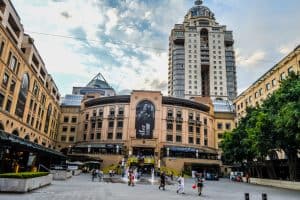 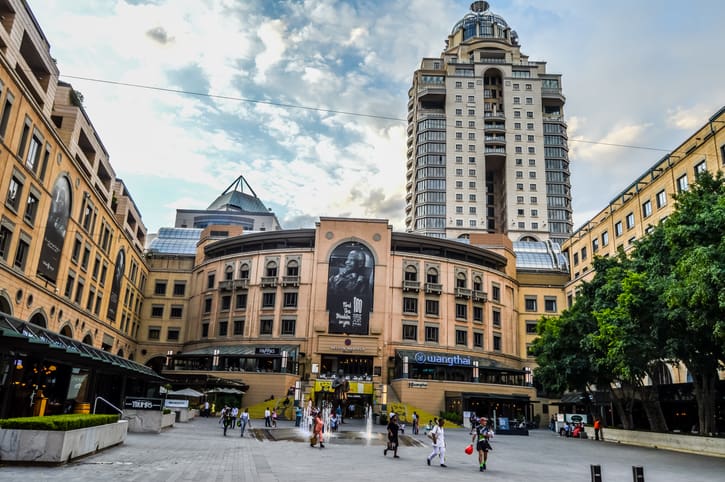