The BEE share scheme is going underwater, with its troubles stemming from the volatile oil price.

Inzalo was the largest empowerment deal of its kind at the time, giving black investors exposure to Sasol’s natural gas and mining investments in SA, Qatar, Mozambique, India, US and other regions.

Davies, who retired in 2011 as Sasol CEO after being with the group for 36 years in various roles, said Inzalo would create value for many investors, unlike earlier empowerment schemes that benefitted a coterie of well-connected individuals.

Most participants funded their Sasol B-BBEE investments through debt, provided by banks or Sasol, while other investors used their own cash.

Nine years into the scheme and with expiry on the horizon, long-suffering investors have been far from rewarded.

Inzalo has also been hit by falling oil prices as its underlying asset (Sasol shares) responded to Brent crude oil prices and rand/US dollar exchange movements. When Inzalo was put in place, Brent crude oil prices were at a peak of $143/barrel and are now at about $55/barrel. Sasol’s share price surpassed the R400 mark and later hit an all-time high of R653 in mid-2014 but has since retreated to R373 at the time of writing. 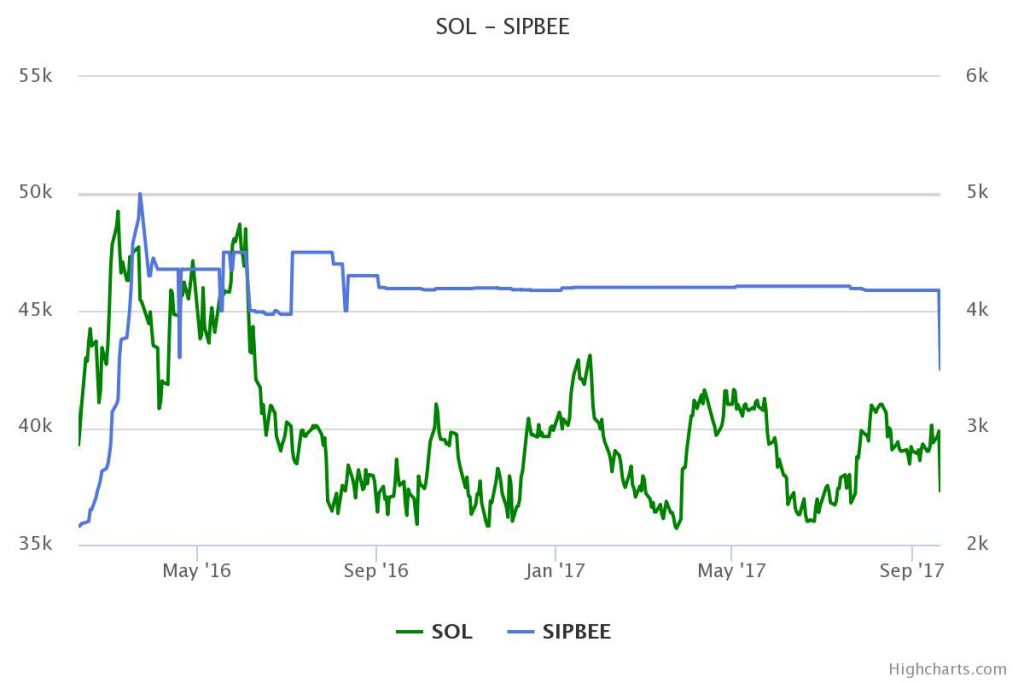 Inzalo has accumulated bank debt of about R13 billion since inception. The debt levels stem largely from Sasol fixing the Inzalo debt in 2008 in anticipation of higher interest rates of 20%. But interest rates fell, resulting in the empowerment scheme servicing debt at high interest.

The debt was expected to be serviced from dividend payouts, with management expecting Sasol’s share price to appreciate to at least R480, which would be enough to settle remaining debt after Inzalo expires in September 2018.

This will not happen, said Paul Victor, Sasol’s CFO.

“The share price appreciation plus dividends paid over the ten-year period will not be enough to pay the interest portion that accrued on shares because the scheme was indebted on day one,” Victor said.

Riaz Gardee, the group head of corporate finance at Liberty, said although Inzalo hasn’t been a spectacular financial success given its poor returns to investors, its fortunes were largely impacted by the international oil price – a factor beyond its control.

“Inzalo has allowed more people to partake in the JSE and become active in the investment arena. It could be argued that a greater awareness, culture, and understanding of the investments arena was created over the last ten years through this scheme,” he said.

For Craig Gradidge, investment specialist at Gradidge-Mahura Investments, making a judgment call on Inzalo’s value hinges on when investors cashed in their shares. “Investors would have paid R25 per share when the Inzalo scheme launched. At some point in the last nine years, shareholders could have sold at R140 per share. In this case, it would have created value for shareholders.”

Gradidge said some investors cashed in their shares at the R20 to R25 level when the scheme migrated from an over-the-counter trading platform to the JSE in 2015. Inzalo’s shares have traded in a narrow range of R35 to R42 since then.

Arguably a headache for Inzalo investors is its widening losses. In the six months to December 2016, Sasol Inzalo’s debt exceeded its total assets by R990 million (R6.4bn value of its Sasol shareholding at R398/share minus debt of R7.2bn) – in theory making it technically insolvent.

Sasol plans to write off between R12 billion and R13 billion of the Inzalo bank-funded debt when the scheme is terminated in September 2018. It has also offered a R2 billion guarantee if there’s shortfall in the debt.

Sasol joins the ranks of Naspers, which recently wrote off R400 million in debt and accrued interest in its B-BBEE share scheme Welkom Yizani Investments.

On Wednesday, Sasol unveiled a new R21 billion empowerment scheme called Sasol Khanyisa that will replace Inzalo when it’s terminated. Black investors in Khanyisa will own at least 25% of Sasol SA assets for a period of ten years from 2018. Sasol shareholders will need to approve the transaction at its AGM in November.

The big question is what will be different about the soon-to-be rebooted scheme.

Bongani Nqwababa, Sasol’s joint CEO, said Khanyisa’s structure of owning only SA assets including the company’s petroleum, chemical and gas assets would “give it a fighting chance to deliver value to investors”.

“We will be closer to the cash flows because of the nature of SA assets. There are much higher cash flows compared with the global entity,” said Nqwababa. Instead of roping in external banks for debt, Sasol will be providing notional and other vendor funding for Khanyisa.

The vendor funding will be paid off using dividends declared by Sasol SA over the next ten years, meaning that most of the dividends won’t be directly paid to investors.

Soria Hay, head of corporate finance at Bravura Capital, said there still remain questions about how the vendor funding would lead to a less indebted black ownership over Khanyisa’s ten-year vesting period.

“It would seem that the sustainability of the funding structure may remain dependent on the same factors as before: the notional or actual interest rate, the dividend yield, and the Sasol share price.”

“Debt levels are a problem not only for investors, but they also become problematic for companies themselves.” Hay added that this is a case where debt in the schemes underpins the shares directly.

Sasol is pulling out all the stops to get black investors into the new scheme, which is grossly complicated in structure. Investors in the new scheme will include employees, the public, 54 selected suppliers, franchisees and customers, and a foundation.

In addition to the debt-funded Inzalo scheme on the JSE there is another empowerment vehicle called Sasol BEE Ordinary shares (SOLBE1), which is a discounted scheme that also trades independently on the local bourse.

Under the SOLBE1 structure, black investors were invited to subscribe for Sasol shares at R366 in 2008 – representing a discount of 11% to the Sasol share price of R410 at the time. Unlike the Inzalo scheme, SOLBE1 has no debt and trades at a discount of 4.3% to Sasol’s share price.