As it fears for public sector pension savings.

For this reason Fedusa will consult with its structures and other trade union federations with a view to possibly withdrawing the investment mandate the Government Employees Pension Fund (GEPF) has with the PIC.

“The GEPF, in turn, is the biggest public sector client of the PIC. More than R1.67 trillion of the GEPF’s assets are invested and managed by the PIC, in terms of the existing investment mandate. Our preliminary view is that there is no obligation in law for the GEPF to retain the PIC as the exclusive manager of these assets. The GEPF can look at alternatives in the private sector but we will seek proper legal advice on these options to help us take the most responsible decision,” says Fedusa general secretary Dennis George.

Organised labour has two representatives on the board of trustees of the GEPF and its alternates.

This followed an announcement on Friday where minister Gigaba said that he had asked the PIC CEO to provide him with a list of all of the PIC’s beneficiaries and the investments it has made. The list should detail the directors and shareholders of those companies and will be made public.

Further Gigaba asked PIC CEO Dan Matjila and the board to conduct a forensic investigation into any concerns of irregularities at the asset manager.

This is simply a continuation of what is a relentless and concerted campaign to destabilise the PIC in order to find any justifiable grounds to replace its executive leadership, says George.

“We must remind South Africa that Gigaba has been one of the central architects of the state capture project since November 2010 when he was appointed Minister of Public Enterprises. In this portfolio, Gigaba was instrumental in the systematic removal of competent, independent boards of SOCs in their entirety, and replacing board members with Gupta-linked directors, who operationalised the wholesale looting of our SOCs. The most prominent examples of this repurposing of SOC boards are Transnet, Eskom and Denel.

“Fedusa and its public sector affiliates have no reason to believe that the minister’s latest intervention is made in good faith or to ensure ‘transparency and further build confidence in the institution’ as he claimed.”

George reminded Gigaba that a ‘forensic investigation’, which he now wants the PIC to conduct, is the practice of lawfully establishing evidence and facts that are to be presented in a court of law.

“A legitimate forensic investigation requires clear terms of reference: it has to be concerned with specific allegations of specific acts; specific time-frames for alleged irregularities must be set down; and, in the context of the PIC, suspected irregular transactions must be identified to ensure a credible, bona fide process,” he said.

On the contrary, a forensic investigation ‘into any concerns of irregularities’ is an undefined, open-ended tool that can be abused to remove the guardians of our members’ pension funds, George says. “We are observing his [Gigaba’s] disingenuous modus operandi at the PIC with great alarm. Since September 15 2017, three special PIC board meetings have been called by him or his deputy, Sifiso Buthelezi, who is also the chairman of the PIC board.”

George said the frequency of these special board meetings is unprecedented in the history of the PIC and that they sought to deal with any number of spurious allegations against Matjila and the PIC board. But on each occasion, the PIC and Matjila have been exonerated by the board itself or by internal investigative processes that it had commissioned to test the veracity of such allegations.

George added that the proposal to review and possibly withdraw the investment mandate is in no way a vote of no confidence in the PIC or its leadership. Rather it is part of an effort to protect the asset manager against unwarranted political interference, and to protect the pensions and savings of public sector workers and beneficiaries against looting. “We accept that this is an extreme measure, however we believe that if we fail to act now, the pension savings of our members will be plundered with impunity.”

George said until now the PIC had been a well-run, profitable public institution that consistently delivered good returns on investment for its clients like the GEPF, while receiving clean, unqualified audit reports from the Auditor-General.

“The Minister of Finance is the shareholder representative on behalf government for the PIC and has every right to formally request such information and instruct the PIC to make it public. However, there is no reason for Gigaba to label the PIC as ‘opaque’ and call for a vague, indefinite ‘forensic investigation’ other than to continue to destabilise, threaten and intimidate the institution and its leadership,” concluded George.

R69bn of R364bn pledged by corporations has ‘flowed into the economy’ - Presidency
9 months ago
9 months ago
PREMIUM! 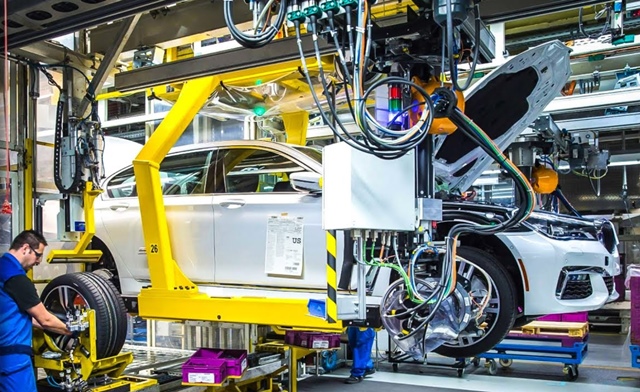 R69bn of R364bn pledged by corporations has ‘flowed into the economy’ - Presidency
9 months ago
9 months ago
PREMIUM!