Sorting out fiscal situation could help poor in the long run. 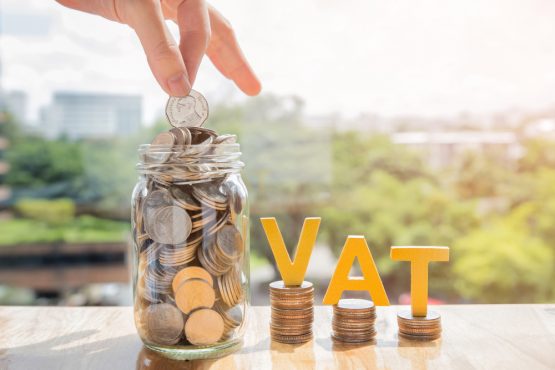 The Bric countries all have higher VAT rates than SA. Picture: Shutterstock

National Treasury is adamant that a VAT hike of one percentage point to 15% is the best course of action to get country’s fiscal situation back on track, which would be beneficial to the economy and the poor in the long run.

Its decision to raise the VAT rate from April 1 has been met with staunch criticism from some political parties, NGOs and labour unions, who argue that taxpayers should not have to pay for corruption and mismanagement at state-owned enterprises and that the step would be most detrimental to poor individuals.

The fiscal dilemma the country finds itself in means that Treasury had to announce additional tax measures of R36 billion for the 2018/19 tax year in February. Government’s three biggest sources of tax revenue are personal income tax, VAT and corporate income tax. Raising such vast amounts of money leaves Treasury with little choice but to tap one of these large tax sources.

Addressing Parliament’s standing committee on finance on Friday, Ismail Momoniat, head of tax and financial sector policy at Treasury, said while it agreed that issues at state-owned enterprises had to be addressed – this could take two to three years to implement even if it was done well. In the meantime, there were meaningful gaps to fill.

Alternatives to a VAT hike

This included replacing the medical tax deduction with a medical tax credit, capping tax-free contributions to retirement vehicles at R350 000 per annum and increasing the effective capital gains tax rate.

But the top tax base is small and even if only wealthy earners were taxed, it would not raise significant amounts of money, he said. Treasury estimated that if it increased the top marginal tax rate to 50% this year, it would only have raised about R5 billion and there was still a chance that this would not materialise. When Treasury increased the top marginal tax rate to 45% in 2017, it expected to get about R4.4 billion in additional income, and it didn’t look like it would reach this target.

Axelson said behavioural issues were also a consideration. Wealthy earners can pay tax practitioners to look at tax structures and they are highly mobile.

At the same time, personal income taxes are currently the biggest area of tax underperformance. This is partly a function of the country’s economic woes, but a lot of it also had to do with lower tax morality, Axelson told Moneyweb after the parliamentary briefing.

“If people don’t want to pay their taxes, they will look for ways to either avoid or evade.”

There were also administration challenges at the South African Revenue Service (Sars). During tough economic times, people try to pay less tax and it becomes more difficult to recover these taxes.

“You need more resources in the revenue authority to try and get it back, which creates challenges.”

South Africa’s corporate income tax rate of 28% has been stagnant for quite some time, while various countries have lowered their rates, making South Africa increasingly less competitive by global standards. As the gap between South Africa’s corporate tax rate and the rates of its counterparts grows, the incentive to shift profits offshore also becomes stronger. Higher corporate income tax rates are considered to be the most harmful to the economy, followed by personal income taxes and then consumption taxes such as VAT.

Any taxes will have a detrimental impact on economic growth, which South Africa desperately needed to create more employment and sort out the fiscal framework. Failure to return to the path of fiscal consolidation could trigger more credit rating downgrades, increase the country’s already-high debt burden and interest costs, which would leave less money for social spending and would put the economy under more pressure.

All the research showed that a VAT hike would have the least impact. At the same time, it was also a certain source of revenue, Axelson said.

Moreover, if personal income tax rates were increased by a significant amount, and collections disappointed, the country would be in the exact same position next year.

Despite criticism against the VAT hike, it would be quite difficult to stop the proposal from being implemented on April 1. In terms of the VAT Act, the rate can be changed following an announcement by the Finance Minister, but Parliament had 12 months to consider the bill.

“They could potentially say no. In our view, it looks quite likely that it would go through, but obviously the committee, they could pull out all the stops and potentially stop it if they needed to, or if they really, really wanted to,” Axelson said.

Treasury did confirm however that it would look to set up an independent panel to consider the expansion of the zero-rating basket, which includes basic food items such as brown bread, maize meal, fruit and vegetables.

Axelson said this would have to be done without undermining the effectiveness of the VAT regime by introducing too many zero-rated products. Introducing more zero-rated items would have an impact on revenues, which could potentially require an even higher VAT rate to cover the shortfall.

“We put forward in the presentation that we didn’t think it was a good idea, but we recognise that there is this impact on the poor and that we are happy to put it to an independent panel to look at it,” he added.