Is SA heading for another ratings downgrade?

Moody’s has been patient with South Africa. For how much longer will that be the case? 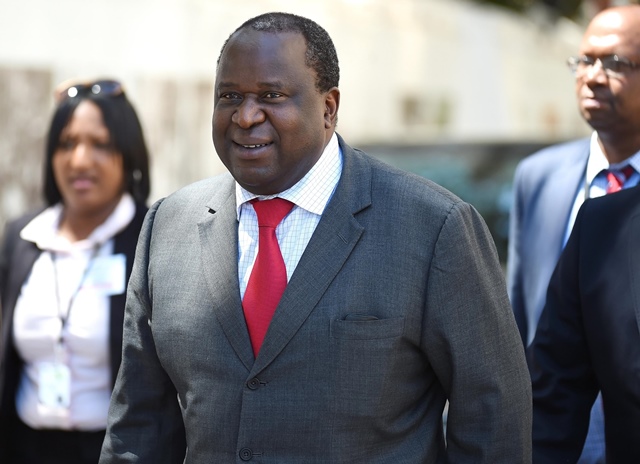 In April 2017, both S&P Global and Fitch Ratings downgraded South Africa’s long-term foreign currency rating to sub-investment grade. The third of the big global agencies, Moody’s, has, however, kept the country’s rating above investment grade.

As the below illustration shows, Moody’s has historically been the most generous of the three ratings agencies when it comes to South Africa. It raised the country’s credit rating sooner and higher at the start of the century and was slower to cut it through the disastrous Zuma presidency. For many market-watchers, one of the biggest questions of 2019 is whether Moody’s will continue to demonstrate this level of magnanimity. Can the country survive another year without being fully downgraded to sub-investment grade?

Eyes on the budget

That question will need to be answered twice. The first time will be shortly after Finance Minister Tito Mboweni delivers his first budget next month. The ratings agencies are all expected to give updates in the weeks thereafter.

While the budget would normally be the primary opportunity for the ratings agencies to deliver a verdict, this year is different. That is because it will come just a few months before the national election.

Mboweni is unlikely to deliver anything ground-breaking at this point. That means the government will be under some pressure, as the medium-term budget policy statement (MTBPS) he presented in October last year showed a fairly gloomy picture of national finances. Moody’s acknowledged at the time that it was “credit negative”.

Research house Intellidex notes: “We see the budget as basically unchanged from the MTBPS and therefore do not expect a major event in policy terms, and especially with growth forecasts likely having to fall further, the pressure will be on.”

With the election coming so soon after the budget, however, Intellidex does not expect Moody’s to downgrade South Africa at this point. It does expect the agency to lower the outlook to negative, which is a view shared by Jonathan Myerson, head of fixed interest at Granate Asset Management.

“I expect that Moody’s will change the outlook to negative in March on the basis that the budget is unlikely to deliver sufficient evidence of progress,” Myerson says. “It doesn’t make sense for them to go from stable to a downgrade just before the elections given all the talk of policy action.”

The real pressure facing whichever government emerges after the election will be the need to stimulate the economy. Moody’s warned in November last year that it was concerned about South Africa’s weak growth prospects.

The general anticipation is that the ANC will secure a healthy majority, which will at least give President Cyril Ramaphosa a mandate to pursue some measure of reform. However, as the UBS Chief Investment Office points out, the president is working in a difficult environment.

“His commitment to domestic reform remains firm, but its implementation is being challenged,” UBS points out. “The main challenges include the need for fiscal restraint, tight monetary policy and ongoing global market volatility.”

Intellidex expects that the factionalism within the ANC will also continue to be a major problem.

“Our high-level 2019 outlook is that the ‘clean-up’ will continue slowly but successfully through the year but the recovery in growth, while continuing, will be very slow,” it notes. “Political space for more meaningful reform will not exist – as much because of the ideological forces within the Ramaphosa faction as with other factions.”

While a downgrade from Moody’s before the election is not widely expected, the consensus appears to be that it will be extremely difficult to avoid at some point. The next review from the ratings agency is expected in October or early November, and Intellidex believes it is probable Moody’s will act at this point.

“With weak growth through much of the year, the scope to do anything meaningfully new or different will not be there but the risk of further fiscal slippage is real,” Intellidex notes. Moody’s will “then finally fall over the edge and cut the ratings”.

Myerson, however, believes South Africa may escape a 2019 downgrade. Even though that may well only be delaying the inevitable.

“It’s a close call, but I think there will be no downgrade this year,” he says. “But an inability to really break out from the 1% to 2% growth rate in the medium term means that the primary balance will remain in deficit and the debt-to-GDP ratio will increase. So if we avoid the downgrade this year, it will happen next year.”