The shutdown is costing a state-owned energy company an estimated R3.5 million a day in lost sales. 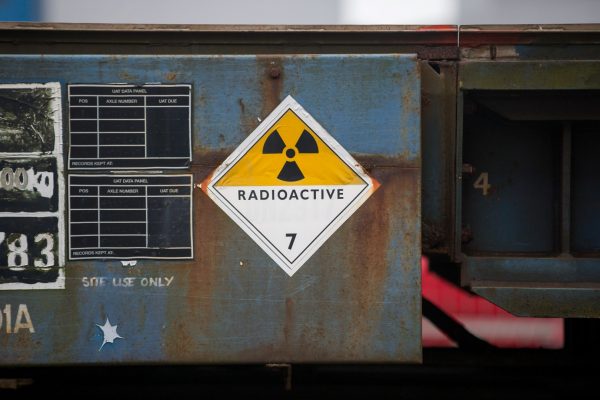 The shutdown is costing an estimated R3.5m a day in lost sales and resulting in unnecessary deaths due to the non-availability of life-saving medicine. Picture: Matthew Lloyd, Bloomberg

The Pretoria nuclear medicine production unit NTP Radioisotopes, part of the state-owned Nuclear Energy Company of SA (Necsa), has been out of operation since February.

This is the third time in two years that the Safari-1 reactor has been shut down. Not because there was radiation leakage or anything as frightening as that, but because the safety paperwork was not in order.

The shutdown is costing NTP an estimated R3.5 million a day in lost sales, and – according to one person close to the company – unnecessary deaths due to the non-availability of life-saving medicine. This has also wrecked the financials of one of the few state-owned companies that had consistently made profits and won clean audits.

The reason for the shutdown? Precisely the same one given for shutting down the reactor in 2017 and 2018. This time energy minister Jeff Radebe cannot blame the board members he suspended late last year.

In response to questions from Moneyweb, NTP replied: “During a production cycle in February 2019, NTP’s internal monitoring systems detected instantaneous pressure variations as monitored by the sensors in the plant. While these happen within seconds and are corrected and balanced by the plant’s ventilation system, they still require further investigation in terms of NTP’s SOPs [standard operating procedures]. Further, it is important for NTP to make sure that issues such as these are corrected at the time they take place, and before large customer production runs are in progress.”

Last year Radebe suspended three members of the Necsa board on various charges, one of which was the undue delays in restarting the Safari-1 reactor at Pelindaba, which produces world-leading nuclear isotopes used in the treatment of cancer. The three board members were then chairman Kelvin Kemm, CEO Phumzile Tshelane and chief financial officer Pamela Bosman.

City Press reported at the weekend that Tshelane was about to be fired after going through an internal disciplinary process. One of the reported grounds for his dismissal was the signing of a non-binding agreement with Russian nuclear company Rosatom to develop modular nuclear reactors, which the charge sheet claimed would conflict with an agreement already in pace with the Australian Nuclear Science and Technology Organisation (Ansto).

This is denied by the suspended board members. Says Kemm: “The agreement with the Russians was floated with the previous minister of energy, and with Radebe when he became energy minister, but he sat on this for months and never gave us an answer one way or the other. It is a non-binding agreement that in fact does not need ministerial approval, so here we have another case – one of many involving state-owned companies – of ministers interfering in the running of their boards. I hope President Ramaphosa bears this in mind as he prepares his new cabinet.”

Tshelane says he intends to challenge his dismissal because of the irregular process followed. “I subsequently received notice of my dismissal. I am convinced that the dismissal is unjust and premature and I will be appealing the Necsa ruling,” he says.

The suspended board members say they are fall guys for a governance crisis, orchestrated by the minister, whose real ambition is to sell the nuclear facility to a US company, Lantheus Medical Imaging (LMI). If true, this would put decades of hard-won nuclear secrets in foreign hands, and infuriate the trade union movement since this would amount to privatisation of a key national asset.

Some see NTP as a pawn in a nuclear geopolitical game involving the US and Russia.

Tina Eboka remains MD of NTP despite being suspended and replaced by Tshelane last year after the first reactor shutdown. Kemm says the minister ordered that she be reinstated, overriding a Necsa board decision.

“We pointed out to the minister that we had determined the faults which had occurred under the management of Eboka and that remedial action had been implemented and that we were due to restart in days,” says Kemm. “I also pointed out that CEO Tshelane was doing exactly what good governance required and that I supported his decisions. I said that it was not correct for the minister to instruct the CEO how to run the operations. The minister then told the media that I was defiant.”

NTP’s isotope production facilities were shut down between November 2017 and February 2018, and again from May 2018 to November 2018.

Because of the extended period of disuse and other work done to return the plant to its original operating specifications (following some interim changes that were made during 2018), it is essential that operations are conducted within the strict limits, guidelines and standard operating procedures (SOPs) to ensure safe operations for personnel, the environment, and the product, as determined by various licences and registrations as well as NTP’s own SOPs.

All operating and technical specifications are closely monitored by NTP production managers and the Nuclear Facility Manager (NFM), who reports to the NTP board and communicates to the National Nuclear Regulator (NNR) through various reports. The NTP NFM works closely with Necsa Licencing since Necsa is the licence holder of the NTP radiochemical facility.

During a production cycle in February 2019, NTP’s internal monitoring systems detected instantaneous pressure variations as monitored by the sensors in the plant. While these happen within seconds and are corrected and balanced by the plant’s ventilation system, they still require further investigation in terms of NTP’s SOPs. Further, it is important for NTP to make sure that issues such as these are corrected at the time they take place, and before large customer production runs are in progress.

NTP adheres to world-class nuclear facility and isotope production standards, and always endeavours to manage and operate a safe plant for the safety of its personnel, the environment, and infrastructure, as well as product quality. This facility has been run safely since it was commissioned in the 1960s and has been compliant with all relevant safety regulations as they have been introduced over the years.

In accordance with the facility licence and our operating protocol, isotope production was temporarily halted in order to complete an internal investigation to identify the causes of these deviations, and also to remedy the identified issues. The investigation has been completed and remedial actions have been implemented, in line with our prescribed processes. In accordance with our SOPs, any technical or procedural updates have to go through rigorous change control protocols and safety assessments, as well as training all production personnel on any changes made. Once NTP has submitted its report on the investigation and corrective actions to the NNR, production will resume.