The construction industry is very labour intensive and the lockdown is going to result in hundreds of job losses. 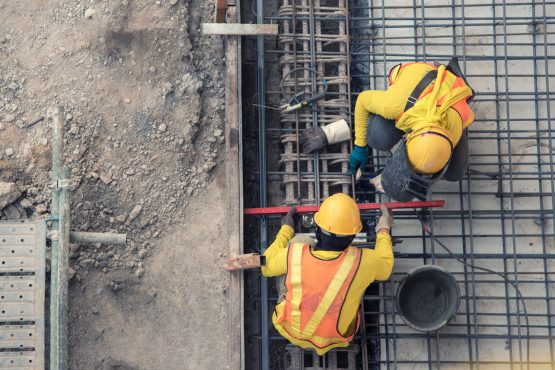 The sector may try to find ways to use its annual December shutdown to ‘catch up’ on the time being lost. Image: Shutterstock

South Africa’s construction industry, which provides employment to more than one million people, is facing a disaster from the negative impact of the coronavirus-driven lockdown in the country.

The Bureau for Economic Research (BER) revealed this week that its building confidence index fell in the first quarter of this year to its lowest level since 1998. The index dropped to 13 index points on a 100-point scale.

The lockdown commenced at midnight on Thursday.

The entire construction industry will be shut down for the duration of the 21-day lockdown with the exception of [companies offering] maintenance and repairs for essential services such as power, water and sanitation infrastructure.

“There are going to be hundreds of thousands of job losses in the short run.

“Hopefully these people are going to be bailed out by these UIF [Unemployment Insurance Fund] rebates or whatever government is trying to put together, but I’m a bit sceptical about the efficacy of these sort of things and how quickly they can get to workers,” he said.

However, he said the impact on the industry will depend on the scope of government plans to try and bail out small and medium-sized businesses (SMEs) to some degree.

“At the moment there is a lot of uncertainty. It’s going to depend on these bailouts for SMEs, whether it’s UIF or giving cash directly to workers,” he said.

Webster Mfebe, CEO of the SA Forum of Civil Engineering Contractors, said the biggest concern is “the devastating effect of this unplanned pandemic of great proportions that has befallen the world and our country in particular and [is] already hitting an industry that is already on an accelerated decline”.

“How many jobs will be lost, how many companies will come out having survived this period? It is quite devastating; it is unprecedented; it is causing panic within the industry and among employees,” he said.

Roy Mnisi, executive director of Master Builders South Africa (MBSA), said the consequences of the lockdown are dire from an economic, construction sector and employment point of view.

Mnisi said the construction industry is in discussions with its partners to try and figure out ways it can engage with government and ensure that, at the end of the lockdown, the industry is “ready to pull up its sleeves and start working” and government is ready to make sure all the infrastructure projects that have been announced by President Cyril Ramaphosa and his ministers are actually implemented.

“That will help a great deal to make sure we are moving towards rebuilding the construction sector.

“Inasmuch as it’s disastrous, we are looking at it from an opportunity point of view. That is the only way to salvage this situation,” said Mnisi.

However, he added that it is likely that construction firms will be liquidated because of the impact of the lockdown, although it is something they want to try and avoid as they try to come up with a plan for the industry.

“If we are able to implement all the projects that have been earmarked for the medium-term period, we should be able to make a huge mark on those construction companies,” he said.

Mnisi said MBSA will be speaking to the SA Property Owners Association (Sapoa) to ensure there are also projects coming from the private sector.

“This is an opportunity for all us to work together and find ways in which we can save the industry and rebuild the economy,” he said.

Mnisi added that the industry discussions include trying to find ways to use the sector’s annual December shutdown to “catch up on the time we are losing now”.

However, Mfebe said he did not want to pre-empt the outcome of discussions on this because it is something that will have to be discussed by the bargaining council for the civil engineering industry.

He expressed concern about the impact of the spread of Covid-19 on the thousands of employees in the industry who might migrate between their place of work and their homes in other provinces and rural areas with poor health resources.

“This is a catastrophe waiting to happen because for a normal contractor, when we say it’s a shutdown and they must stay at home, the definition of home is not the hostel they are staying in but a village in the Eastern Cape where they will go to be with their family.”

Metelerkamp said it is difficult to comment about the recovery of the construction industry because of the uncertainty around how long the lockdown will last. In addition, government is “absolutely broke” and does not have money to provide any major stimulus injection into the economy, which is a major problem.

“This is really a massive black swan event – a once in a generation event – where the only real help the government can provide is a big fiscal stimulus.

“But the government is broke and isn’t in a position to give tax breaks and big fiscal injections into small businesses.

“I’m very worried about the short to medium [term] outlook for the economy because the government doesn’t have the capacity and fiscal space to play this countercyclical role that they should in theory be able to do,” he said.

Metelerkamp added there has been a lack of activity in the civil construction sector, largely because of the poor state of government finances.

The building sector has also started to come under huge pressure over the past 18 months because of a lack of business and consumer confidence and a lack of demand for housing and shopping centres as people became progressively poorer.

Metelerkamp said the lockdown will accelerate this and bring all the country’s problems together in the next six months; problems that are only going to hit South Africa in two to three years’ time.

“It has accelerated what many economists have forecast, such as an IMF [International Monetary Fund] bailout in two or three years.