People queue for booze in Pretoria, afraid that ban will return

Many shoppers at the Makro Liquor Store in Silverlakes, Pretoria, endured long queues on Monday to purchase booze, anticipating that government may change the regulations and reintroduce the ban on the sale of alcohol. 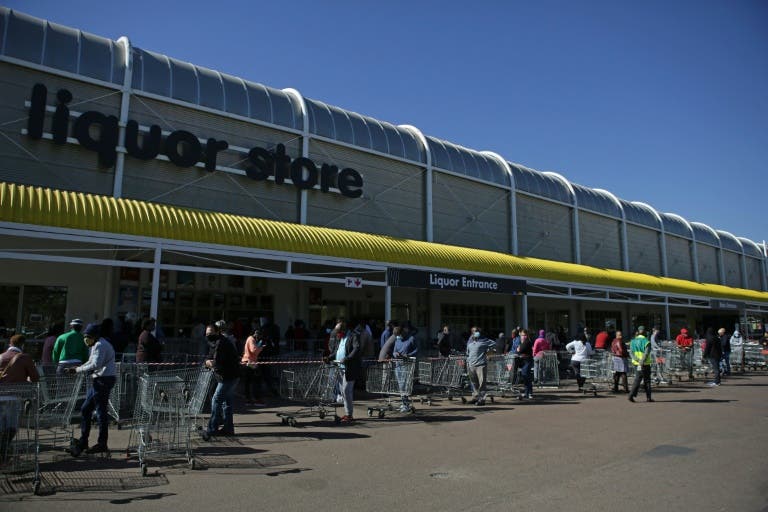 There was a long and thirsty queue outside the Makro Silverlakes Liquor Store in Pretoria as it reopened on Monday . AFP/Phill Magakoe

News24 visited the popular bottle store on Monday, which marked the first day of lockdown Level 3, which allows the buying of alcohol for off-site consumption.

This is the long queue for alcohol outside of the Makro liquor store in Silverlakes, Pretoria. (@AlexMitchley) pic.twitter.com/MRX2M3sMYC

Raath said he had stocked up on the liquor as he was worried that the ban would be reversed if Tshwane went back to Level 4 of the lockdown.

Another shopper, who did not want to be named, bought several cases of beer, gin and two boxes of wine.

His reasons for stockpiling were the same as Raath.

“The thing is, I am afraid that they might close again, because with the government, nothing is ever confirmed. With the current situation, I want to be on the safe side,” he told News24.

Jaco Myburg, who had been queuing with his wife and nephew since 07:00 said he could not wait to have some of the Jack Daniels whiskey he had purchased.

Myburg, like the others that News24 interviewed also stockpiled in anticipation of a possible change in the regulations.

“They might change the regulations again, then you might not get any alcohol, so we stocked up a little, made provisions for that in case it should happen. Yhat was the whole idea,” Myburg said.

While many people were able to stock up on booze, others only purchased a bottle or two, or a single case of beer.

However, they were also of the view that regulations could change, which is why the decided to queue on Monday and not wait for later in the week to purchase liquor.

“It’s like the cigarettes, open the one day, closed the next day. So rather get a bottle now in case its closed tomorrow,” one shopper, who only identified himself as Gert, said.

Meanwhile, restaurant owners, liquor store and tavern owners also made their way to the Makro liquor store to stock up.

According to the Level 3 regulations, restaurants, bars and tavern owners may also sell alcohol, but only for off-site consumption.

Linda Nkosi, who owns a bottle store in Mamelodi, visited Makro to restock, as he had already started running out of liquor to sell when he opened on Monday morning.

He told News24 that he decided to restock for the entire week, as the sales were “crazy and unheard of.”