The fruit of the looting and unrest: even hungrier people

'The threat to state security and private property by hungry, desperate and angry people is still very much alive.' - Pietermaritzburg Economic Justice and Dignity Group. 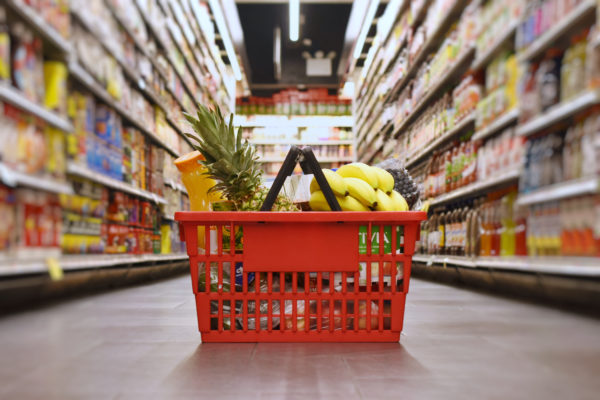 The fruit of the looting and unrest in Gauteng and KwaZulu-Natal has become clear: even hungrier people in the poorest areas in the country, while getting help from government is very much like drawing blood from a stone.

These findings from the Household Food Basket survey in the Household Affordability Index done by the Pietermaritzburg Economic Justice and Dignity Group, shows how the unrest and looting in the two provinces impact the lives of the poor.

The group says it welcomes what looks like a greater commitment from government to provide relief to households, workers and small businesses, but given the reality on the ground, it is unlikely that the relief measures the president announced will be enough to prevent hunger and quell civil disorder to ensure recovery.

However, while security appears to have been restored for now, the group says conditions on the ground, which provided fertile ground for unrest, have not improved. Conditions have in fact deteriorated with the loss of life and jobs, as well as disruption of food value chains.

ALSO READ: Food shortage in KZN averted, but access is the problem

The loss of local supermarkets also means that people have to spend more money on transport to go and buy food and stand in long queues to get into a supermarket instead of shopping around for the cheapest prices.

The women living on low incomes, who did the price survey for the food basket, said that nearly every supermarket where they live was looted in Johannesburg and Durban. Some shops have reopened, but the majority have not, as most of the supermarkets are in malls which had significant structural damage.

Finding new shops that specifically target the low-income market and are reasonably affordably priced, means a long trip in a taxi far from where people live and very long queues to get into the supermarket, with people queuing up to six hours to get in and three hours to pay.

In areas such as KwaMashu in Durban, no shops have reopened and no cheaper supermarkets are close by. The women say prices in the supermarkets that have been able to reopen and the new supermarkets they visit now are “already unbelievably much higher”.

The women say the unrest, as well as the security response when it came, has been extremely traumatising. It also happened at the time of the month when food typically runs out and they had to run the gauntlet to find food. Add to this the sheer panic to feed children and finding a way to pay exorbitant prices at great personal risk.

They say it is hard to believe how quickly everything just descended into chaos, how lives and livelihoods and normal societal functioning could just implode in a matter of a few days. Women were already uncertain about their ability to keep their families safe and fed and now they are in an even worse situation.

The group says government’s relief measures must be assessed against the plight of these women and their families. To the group it seems that government is still underestimating the extent and depth of the economic crisis at household level, as well as the frustration and anger of people, including the critical need for some level of certainty and confidence.

Government only reinstated one relief measure, the Covid Special Relief of Distress Grant for R350 and although mothers of children can now apply, it will not be enough to prevent household hunger. Deteriorating socio-economic conditions, deaths, jobs lost, higher food  and electricity prices and no savings to fall back on as well as spiralling debt levels, there seems to be no way out.

The group therefore recommends that:

“Every single cent that is dispersed through a social grant acts to stimulate the economy. An emergency increase on grants saves lives and acts to maintain social functioning but it also is a direct investment in the economy.”

The group also recommends that government gets the Basic Income Grant (BIG) moving for everyone between the ages of 18 and 59 to offer:

When the BIG is implemented, the group says the SRD Grant can fall away.