Of the more than 10.37 million square metres of office space in Joburg, over 1.8 million is current standing vacant. 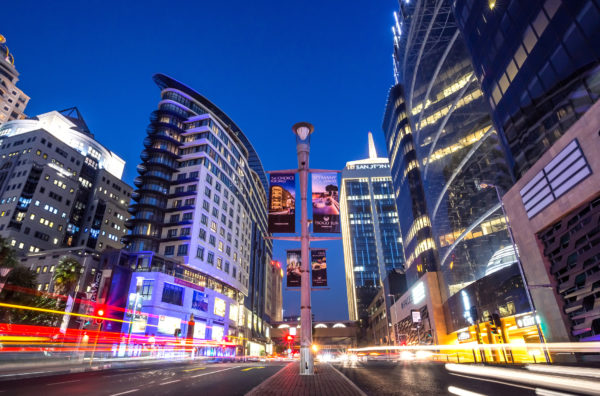 Sandton, SA’s financial hub and home to the biggest concentration of head offices, has the most vacant space. Image for illustration: iStock

South Africa’s office vacancy rate reached an “all-time high” at the end of September, with around 15.4% of the country’s office property space now standing vacant.

This is according to the latest Office Vacancy Survey (OVS) report for the third quarter of 2021, published by industry body the SA Property Owners Association (Sapoa). The data is compiled by MSCI.

That equates to more than the office space of the Joburg and Cape Town core CBDs combined.

SA’s poor GDP growth in recent years, and the country effectively going into a recession even before the Covid-19 pandemic hit, has been raised by listed property counters like Growthpoint and industry analysts as a major contributor to the deteriorating office property market.

The pandemic-boosted work-from-home (WFH) trend has added to the woes of office property landlords both locally and globally.

The latest Sapoa report reveals that this is the worst the office property sector has been in terms of vacancies, with the previous record vacancy rate of 15% being logged in March this year, matching a 2003 record.

The report highlights that a major difference when compared with 2003 is the actual quantum of vacant office space available currently (2.9 million sqm now vs 1.6 million then).

“The construction boom of 2007 to 2017 saw more than 6 million sqm of office space added to the overall stock. So, while the current vacancy rate is now the same as it was in 2003, there is 1.3 million sqm more vacant,” the report points out.

“As the overall market size increases, it naturally takes a higher level of absolute take-up to get back to a certain vacancy rate which requires the creation of sustainable jobs ….

“While a reversal of the current trend appears unlikely in the short term, significant economic and employment growth is required post-pandemic if the office sector is to be transformed into a leaner and stronger version of itself in the next decade,” the report adds.

Worryingly, four of the country’s five biggest office nodes or CBDs have higher office vacancies than the national average, with the Durban CBD at 21.3%, Sandton at 18.7%, the Joburg CBD at 18.3% and Cape Town’s CBD at 16.2%.

Sandton, SA’s financial hub and home to the biggest concentration of head offices and commercial office space, has been in the headlines for having the most vacant space in terms of square metres.

That is equivalent to more than three times the space occupied by Discovery at its massive new Sandton headquarters.

“On a nodal level, Sandton has the most space available and accounts for the bulk of Prime [P]- and A-grade space currently available to let. Midrand, Highveld Technopark and the Durban CBD also count among the nodes where a large amount of vacant A-grade space might weigh on rental growth,” the report states.

“Given the pressure on office rentals and increased WFH, we expect tenants to increasingly trade up into smaller, better quality boxes as the cycle progresses,” it adds.

“This might be positive for P-grade and A-grade office vacancies but could come at a lower income return as landlords might be confronted with the double-edged sword of vacancy and negative [rent] reversion.”

While Durban’s CBD has the highest office vacancy rate in the country in percentage terms, its actual vacant space currently is just over 168 000m2.

The Pretoria CBD is the best performing office node in the country, with an office vacancy rate of just 6.7%.

This is largely on the back of the city being SA’s administrative capital and benefiting from the high number of national government department head offices based there. However, the greater Tshwane Metro area (including key office nodes like Centurion, Menlyn and Arcadia) has an office vacancy rate of 11.3%.

Despite also having double-digit office vacancies, City of Tshwane still boasts having the lowest office vacancy rate of any metro in SA.

Nelson Mandela Bay (including the city of Gqeberha, formerly Port Elizabeth) in the Eastern Cape has the highest office vacancy among major metros, at 20%. However, it is home to a comparatively small office property market, with around 144 000m2 of space.

Greater Joburg (which includes Ekurhuleni and office nodes like Rosebank, Midrand, Bryanston, Braamfontein, Randburg and Waterfall in the OVS report) has an overall office vacancy rate of 17.5%.

This means that of the more than 10.37 million square metres of office space in Joburg, over 1.8 million is current standing vacant.

For context, that’s equivalent to around 10 empty Fourways Malls.

eThekwini metro (which includes the Durban CBD and other office nodes like Umhlanga/La Lucia Ridge, Westville/Westway and Berea/Musgrave) has an overall office vacancy rate of 15.5%. This means that of the metro’s around 1.7 million sqm of office space, 262 840m2 stands vacant.

The city’s key decentralised office node of Umhlanga/La Lucia Ridge (with over 500 000m2 of office space), around Old Mutual’s Gateway Theatre of Shopping, has a lower office vacancy rate of 8.5%. This helped in bringing the metro’s overall vacancy rate down, despite the more than 21% vacancy rate of the Durban CBD.

The Cape Town metro has an overall office vacancy rate of 13.5%. The OVS report reveals that of the around 2.65 million sqm of office space in greater Cape Town, 356 734m2 is standing vacant.

While the key office node of Bellville has a comparatively low vacancy rate of 6.2%, Century City (adjacent to Hyprop’s Canal Walk Shopping Centre) has the highest office vacancy in greater Cape Town, at 21.6%.

Commenting on the OVS report, Sapoa CEO Neil Gopal tells Moneyweb that the office property market’s woes are due to a multitude of factors.

Among the factors he cites are:

“The escalating rate at which our local municipalities are becoming dysfunctional is having a direct impact on our assets. Unsustainable rates increases, lack of supply of electricity due to ongoing load shedding, lack of supply of water, corruption etcetera is not helping the situation,” says Gopal.

Listen to Gopal’s interview with Moneyweb on The Property Pod:

The OVS report notes that “many large occupiers [corporates] have now publicly stated that they will over time reduce their physical real estate footprint.”

“Combined with weak demand as well as low employment growth and business confidence, there is a realistic probability that the office vacancy rate could weaken further in the short- to medium term,” it adds.

Howard Penny, head of equity sales and a research analyst at Anchor Stockbrokers, agrees that the office sector will come under further strain.

“There is now wide consensus that many major corporates have or are likely to adopt a hybrid model, which in my view will place further pressure in general on the office sector,” says Penny.

“However, I do believe that continued enhancements to technology supporting remote, disbursed and hybrid work, will have an impact on the type of space occupiers will require going forward and where they will require this space,” he adds.

“This is likely to have further negative impact on B-grade commoditised office space… To some extent conversions from offices to alternative uses will help rebalance this supply / demand imbalance, but it will ultimately also require sustained economic growth to absorb the excess office supply,” he notes.

Penny says SA’s office property sector is different to many other offshore markets given that property fundamentals, such as rental growth and vacancies, were already challenged leading into the pandemic and subsequent lockdowns.