Why is the bank making significant investments in lounges and flight discounts? 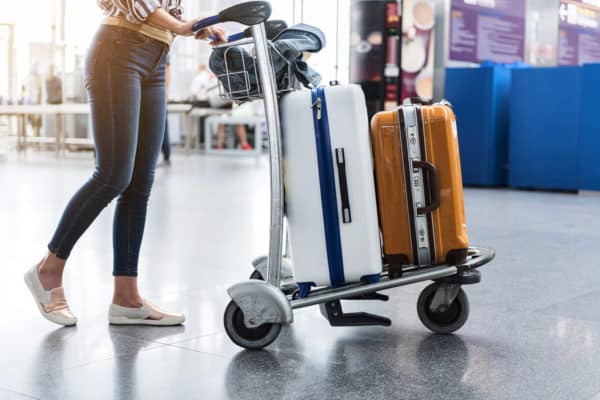 FNB has doubled down on providing travel discounts and rewards to its clients as the sector slowly recovers from the impact of the Covid-19 pandemic.

The retail bank, owned by FirstRand, announced this month that it will offer qualifying customers discounts via its eBucks rewards programme on domestic flights booked until the middle of November.

Bookings need to be made via the FNB app to qualify for the discount.

Previously, the bank would only offer discounts on flights operated by selected airline partners. The bank announced its partnership with new airline Lift for the July to June financial year.

This promotion broadens the discounts to all domestic carriers and follows an announcement in September that qualifying customers would get free unlimited complimentary domestic and international Slow Lounge visits until November 15. Qualifying Premier and Private Clients customers can invite a guest to the lounge at no cost, while Private Wealth card holders are able to invite a guest and a child.

FNB is able to do this as FirstRand bought the Slow Lounge business from Comair for R250 million in September. Previously, Comair operated the lounges for the bank and for certain Comair clients (BA Business Class travellers, for example).

With demand still depressed – particularly on the international front – the banking group is clearly taking the view that providing this additional value to clients is worth it.

Not only will it help with stickiness, it will also play a tidy marketing role for those ‘free’ visitors who can accompany clients.

Comair was a forced seller as the original business rescue plan did not require the sale of this lucrative business. Only after it grounded its planes for a second time, following the ban on travel to and from Gauteng, was it clear that Comair required additional capital.

In 2019, Comair reported revenue of R327 million from its ‘lounges and catering’ division. Famously, the group’s non-airline units have always achieved significantly higher margins than the core airline business. It previously described Slow as having “already distinguished itself as the ‘must-access’ airport lounge for those with refined tastes”.

He explains that with travel and lounges, it was not only “about selecting the proposition”, though this specific value proposition has been important to the group for a number of years and will continue to be.

He says the bank’s philosophy is to “invest so much into it that it puts it so far out of reach of someone who wants to compete against you”.

“If that value proposition is important, then make sure it’s really differentiated.”

He cites fuel rewards as an area besides lounges where the bank far outstrips its rivals.

He says the group is “investing heavily” in lounges and “we want it [the experience] to be exclusive”.

“It’s worked out for us. Everyone who’s tried to compete against us has struggled. It’s a proper commitment, and it’s hard to get it done.”

It says this was necessary due to the pandemic’s “unprecedented impact on the tourism industry and economy”.

ALSO READ: Cape Town wins yet another travel award despite the effects of lockdown

The Liberty lounge also remains closed until further notice. It says qualifying customers are still able to use the Bidvest Premier lounge.

With SAA’s rocky restart of operations – much of the airline’s ancillary services remains shuttered – Slow’s only competition is the lounge service offered by Bidvest.

Bidvest is now effectively the only option for qualifying Standard Bank, Absa, Nedbank and Investec customers. It is the last of these that is particularly galling, given its positioning (and offering) as a private bank.

What will Discovery do to counter FNB’s move? Its cardholders do get six Loungekey lounge visits per year (effectively offering Bidvest lounge access), but this isn’t at all competitive. The two are scrapping tit-for-tat, given the propensity for clients to overlap (because of the historical Discovery credit card joint venture with FNB). At some point, fast-track lanes at airport security checkpoints no longer cut it.

It seems that FNB is betting on the long game …