The shiba inu cryptocurrency, which was previously dismissed as a joke, is up 777% in the past 30 days and has hit an all-time high. 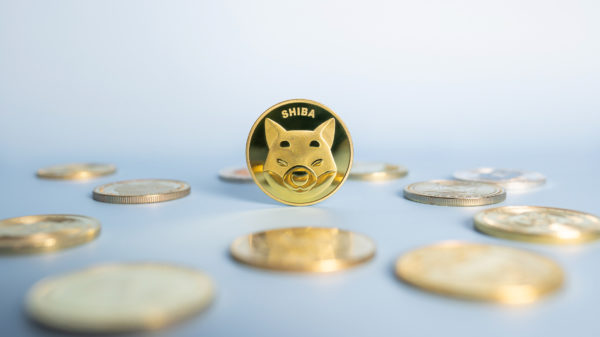 What started as a parody coin has surged roughly 100% in the past week.

Shiba Inu reached an all-time high on Wednesday, and the coin now has a market value of about R393 billion ($26 billion).

What is a meme coin?

A meme coin is a cryptocurrency that was created as a joke, much the same way as a meme. Dogecoin is probably the most prominent meme coin, based on the Doge meme.

The shiba inu coin – not to be confused with dogecoin – is also a homage to the Japanese dog breed.

Dogecoin doubled in value over the past week and was up 40% by Wednesday.

According to Coinbase, shiba inu is a token that aspires to be an ethereum-based alternative to dogecoin.

But unlike bitcoin, which is designed to be scarce, shib is intentionally abundant – with a total supply of one quadrillion.

“The shiba inu token ecosystem supports projects such as an NFT art incubator and the development of a decentralised exchange called Shibaswap,” according to Coinbase.

Its meteoric rise has made some investors millionaires overnight.

The shib coin was created in August last year, but little is known about its founder, who goes by Ryoshi.

Ryoshi has argued that shib’s technology is more community-driven than dogecoin.

Shib has also been nicknamed the “dogecoin killer”.

Trading app Robinhood is one of the most popular brokerage firms among cryptocurrency traders.

In 2018, Robinhood expanded its crypto offerings beyond bitcoin and ethereum to include currencies including litecoin and bitcoin cash.

But the firm has refused to include shib in its offering. Shib’s meteoric rise coincides with rising support for a petition urging Robinhood to list the shiba inu coin on the site. The petition has garnered 334,500 signatures so far.

Earlier this year, ethereum co-founder Vitalik Buterin made headlines by donating $1 billion worth of shiba inu coin to a Covid-19 relief fund in India. But Buterin’s shib purge did little to diminish traders’ enthusiasm for the coin.

Earlier this week, the shiba inu coin lost some of its recent gains after Tesla CEO Elon Musk – who is a big fan of dogecoin – tweeted that he does not own any Shib.

Musk’s tweets have frequently influenced the crypto markets in the past.

NOW READ: What you need to know about bitcoin